Cheap Light Box for Drawing or Inking Or 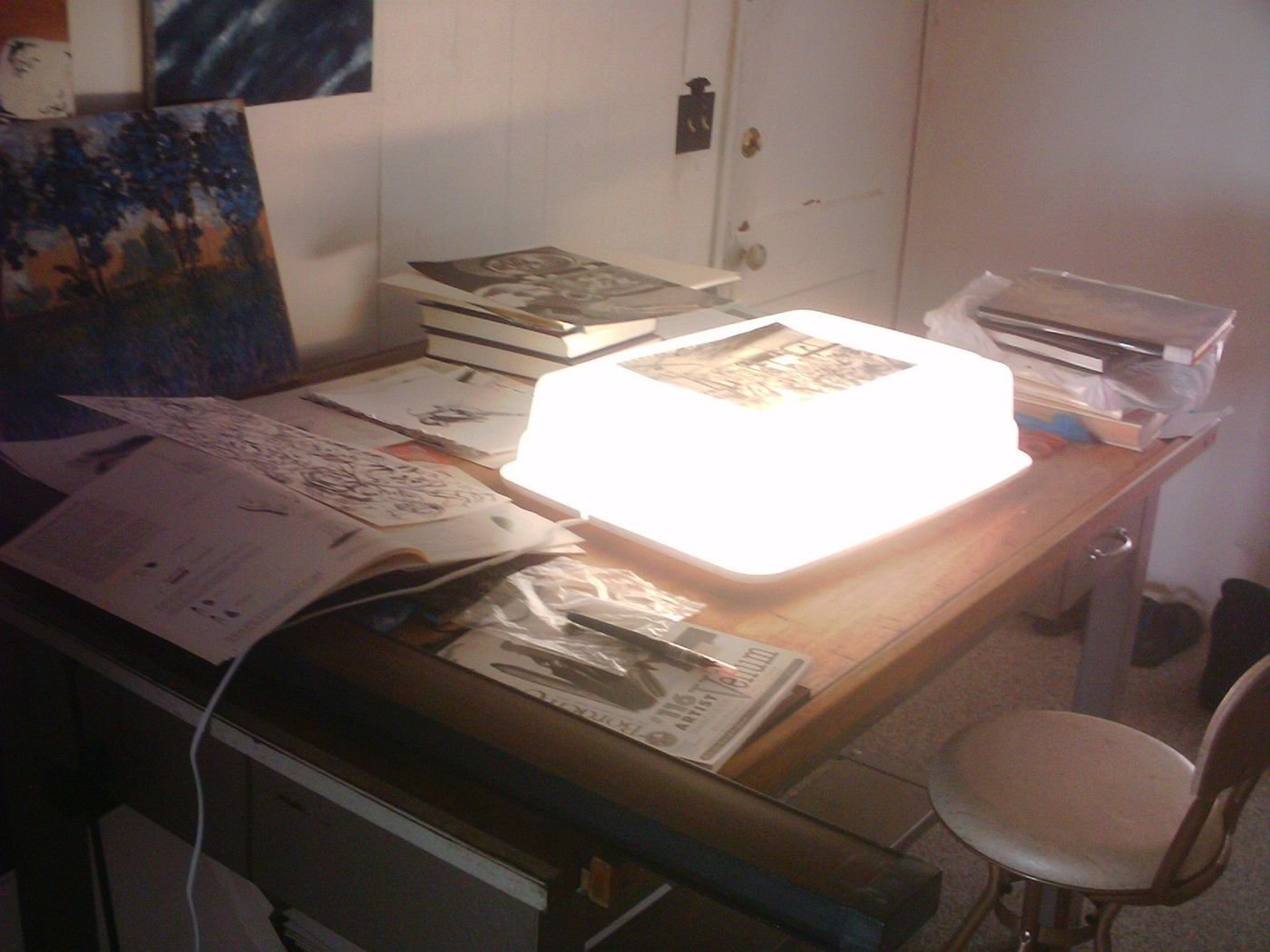 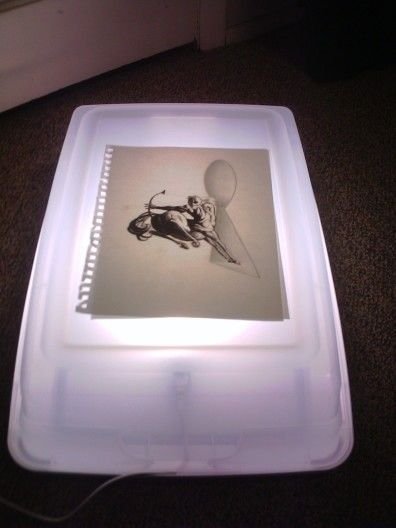 A light box is a box with a light in it. Pretty simple stuff. I just can't bring myself to pay $50 (on the low end) for one. This one was put together in about 15 minutes and cost less than $15. Lights of America makes a 13" florescent lamp that I bought at Wal*mart for about $8. The box is a Sterilite storage box with a frosted bottom and cost about $4. I like making stuff, but I like drawing more so this is as simple as it gets. 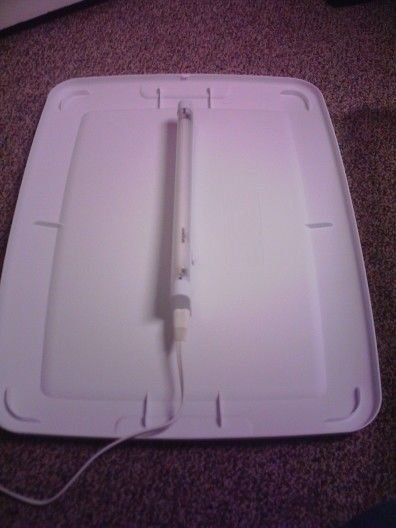 Up to 8 of the under-cabinet florescent lamps can be daisy-chained together with a pass through cable that comes included. To keep it cheap, I opted to use a single lamp. Position the unit in the center of the underside of the lid. I super-glued the light fixture to the lid, but you could use tape. Make sure you cut a small notch in the lid to allow the power cord to pass through without interfering with the lid closing. 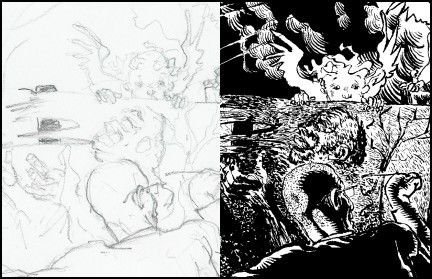 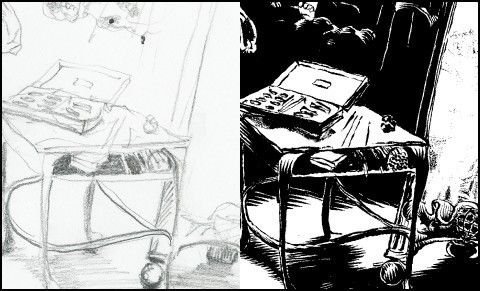 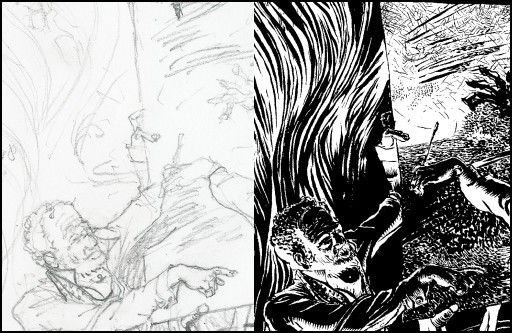 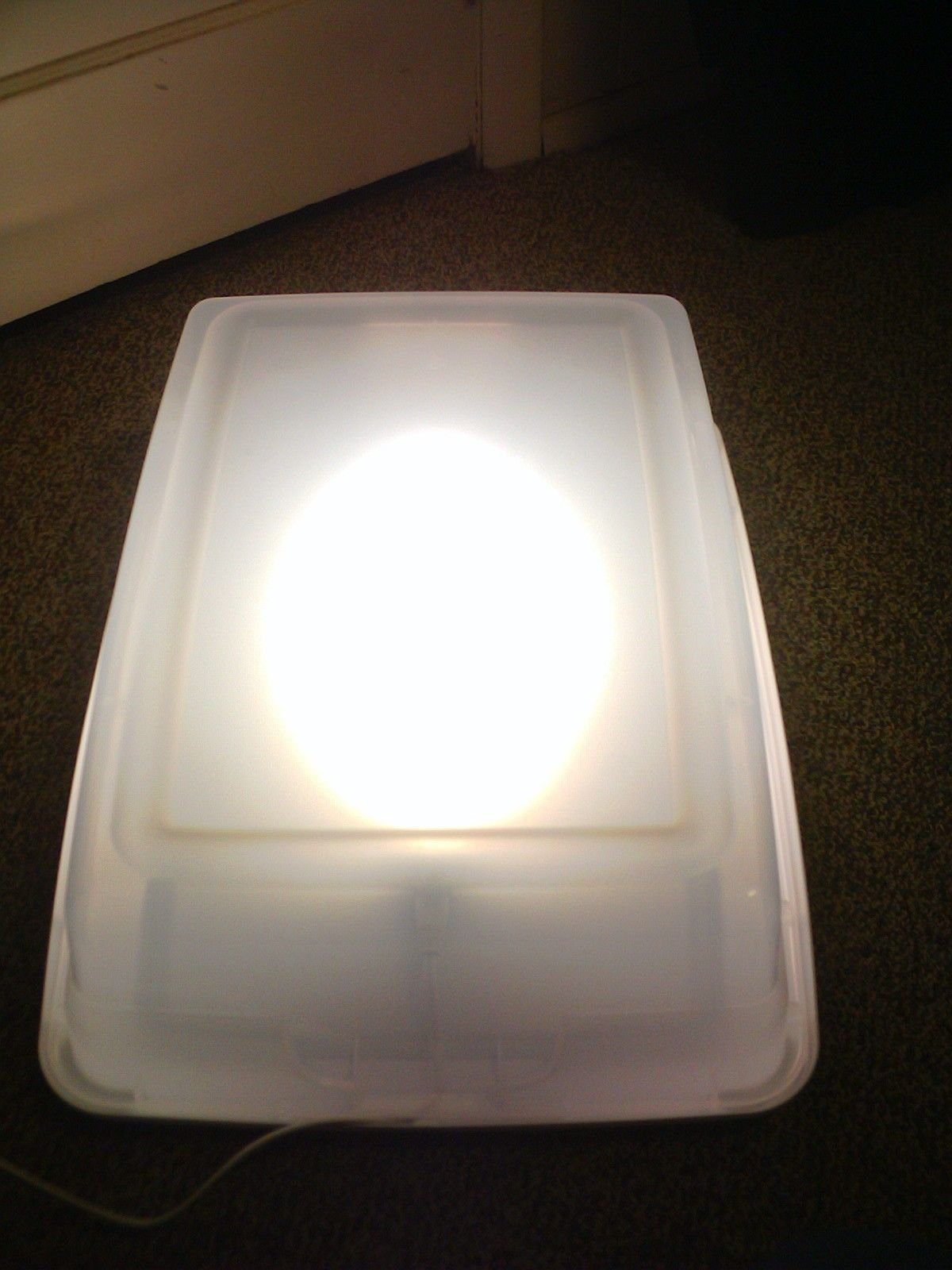 Power the lamp on and fasten the box to the lid. I keep the lamp turned on so I don't have to keep opening the box, I just unplug it when I'm done. Thats it.

A few samples of drawings inked using this light box. 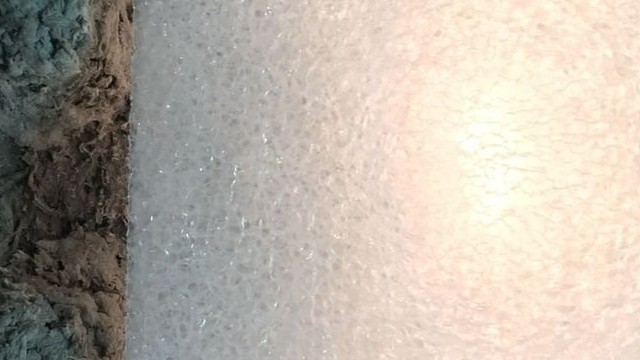 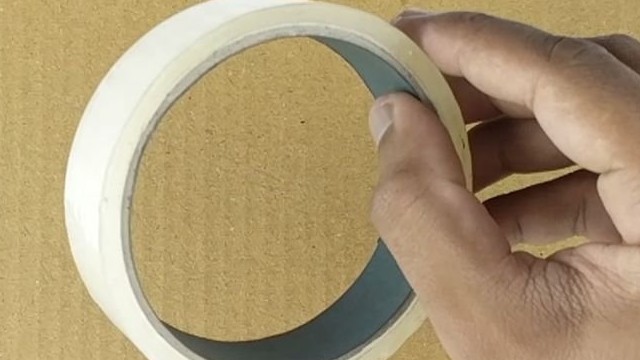 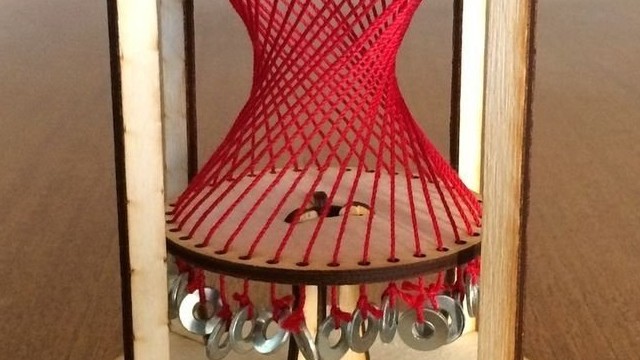 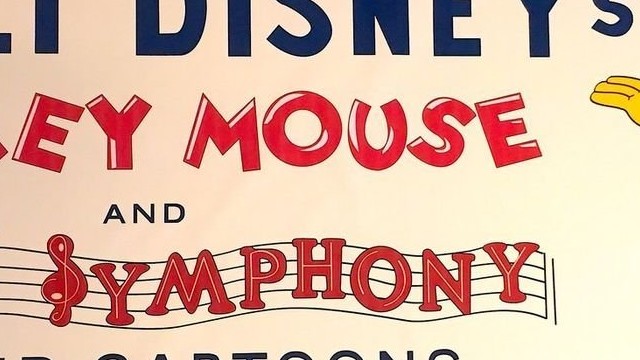 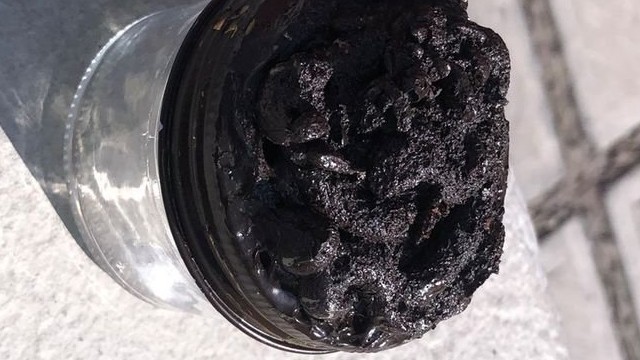 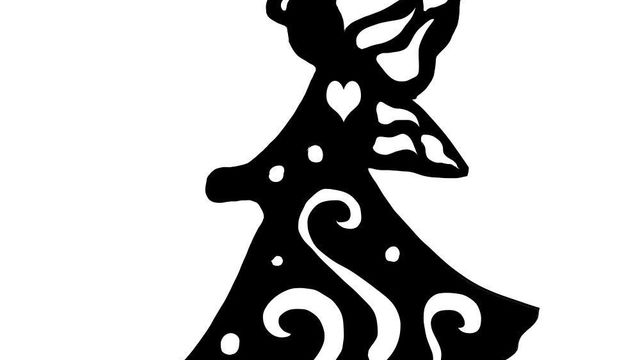