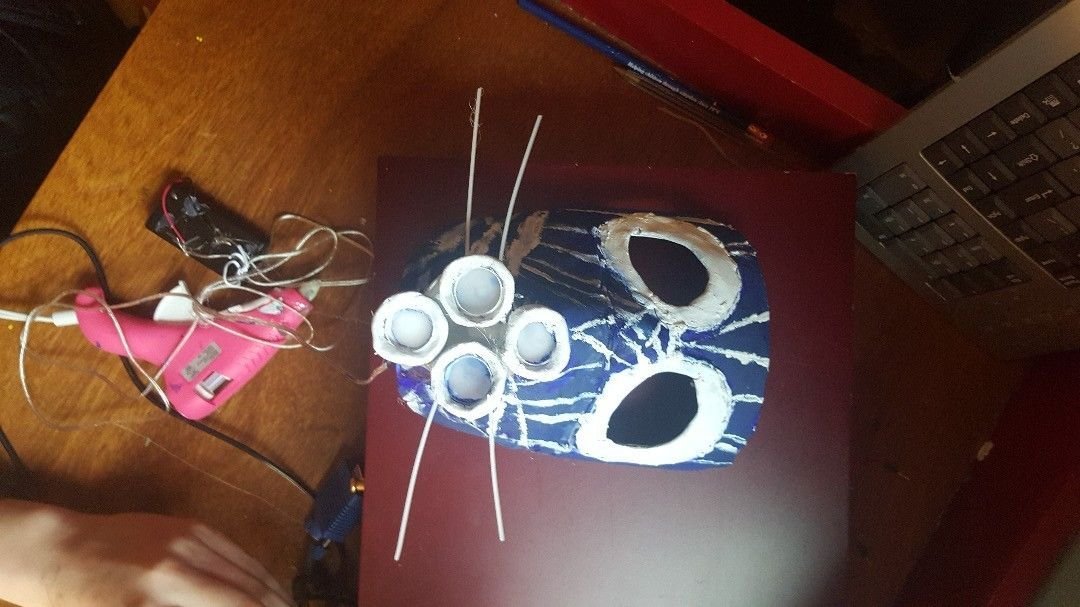 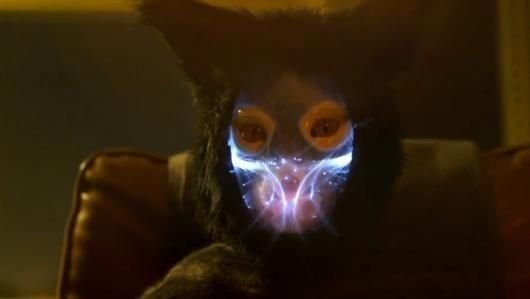 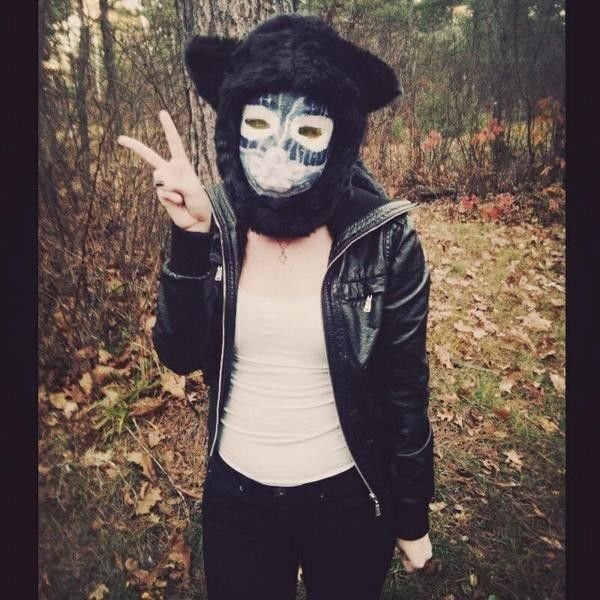 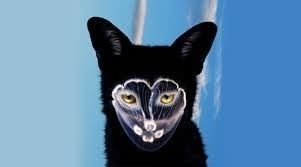 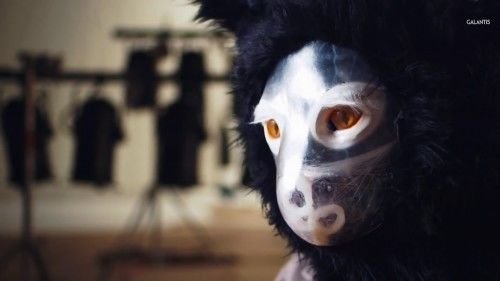 For this project I will be detailing how to go about making a Galantis "Seafox" Mask. Galantis is a is a Swedish electronic music production and songwriting duo, who are particularly popular for their song "Runaway (U and I)". The bands mascot of sorts is the mythical "Seafox", whose trademark mask is the subject of today's project!

One difficulty in building this was the fact that the "Seafox" mask is really more of a general concept and not one distinctive mask. In fact the different interpretations of the mask can vary greatly, but I have chosen to combine a few of my favorite versions that I think will be easiest to replicate and recognize.

Despite this project being for a very specific purpose, many of the principles used can be applied to other types of mask building. Additionally I was unable to find a comprehensive DIY tutorial on how to build this particular mask online so I figured I would fill the need!

My mask is the first photo, the other four are included for reference and inspiration.

Oh and of course it will light up. This was priority number one.

Note: This tutorial is just for the mask, if you desire the hood I would recommend checking out Etsy or Spirithoods! 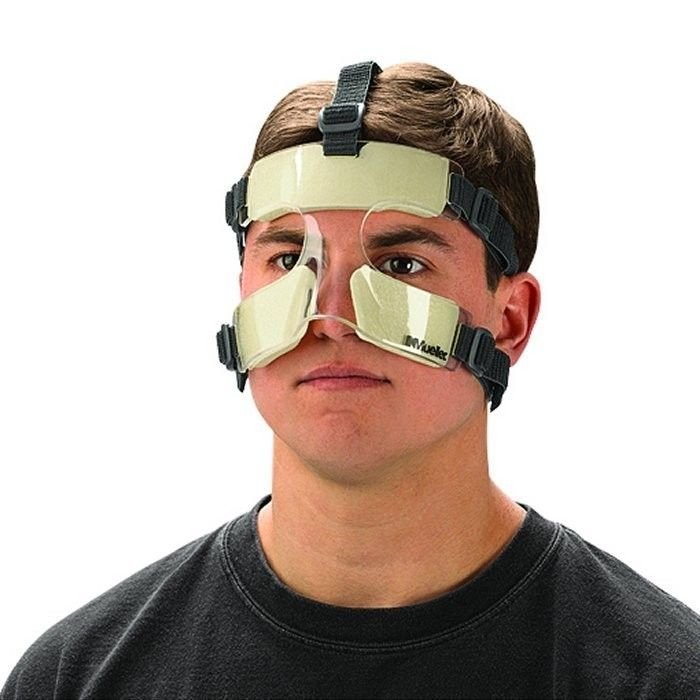 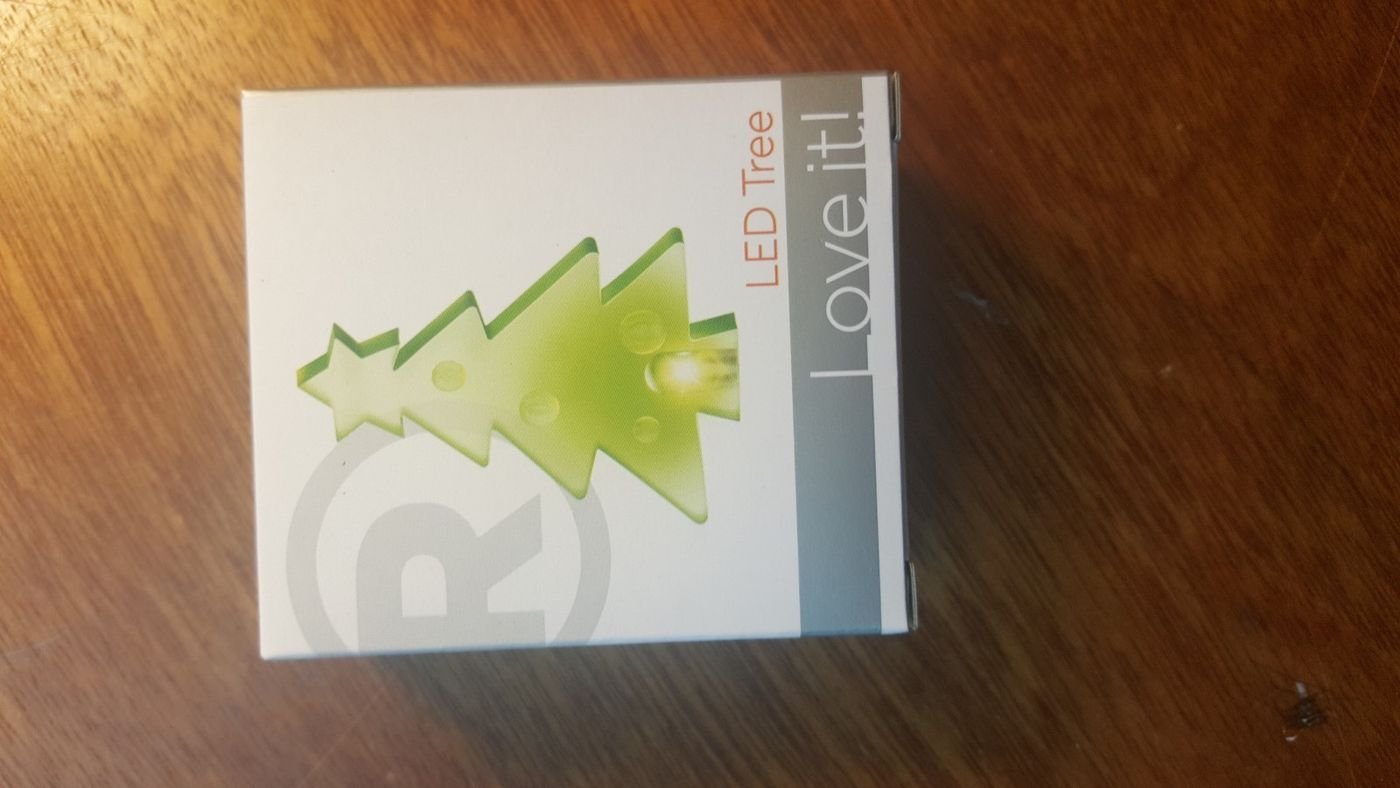 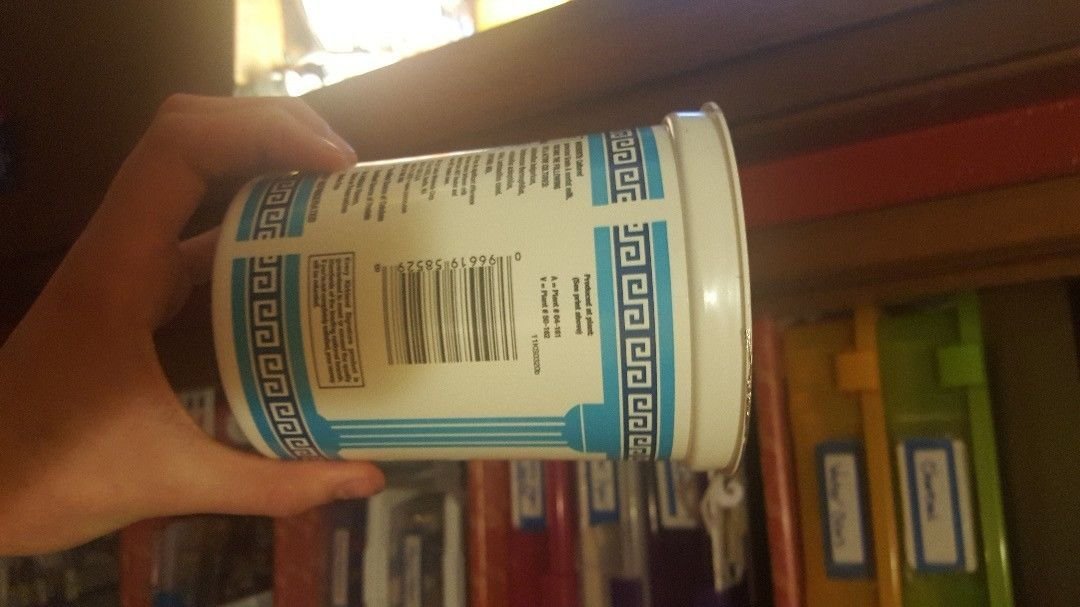 For this build I used:

I had all of these materials laying around the house (hence why I chose to use most of them) but if buying from scratch I would say the estimated project cost is around 50 bucks.

Build the Base Mask 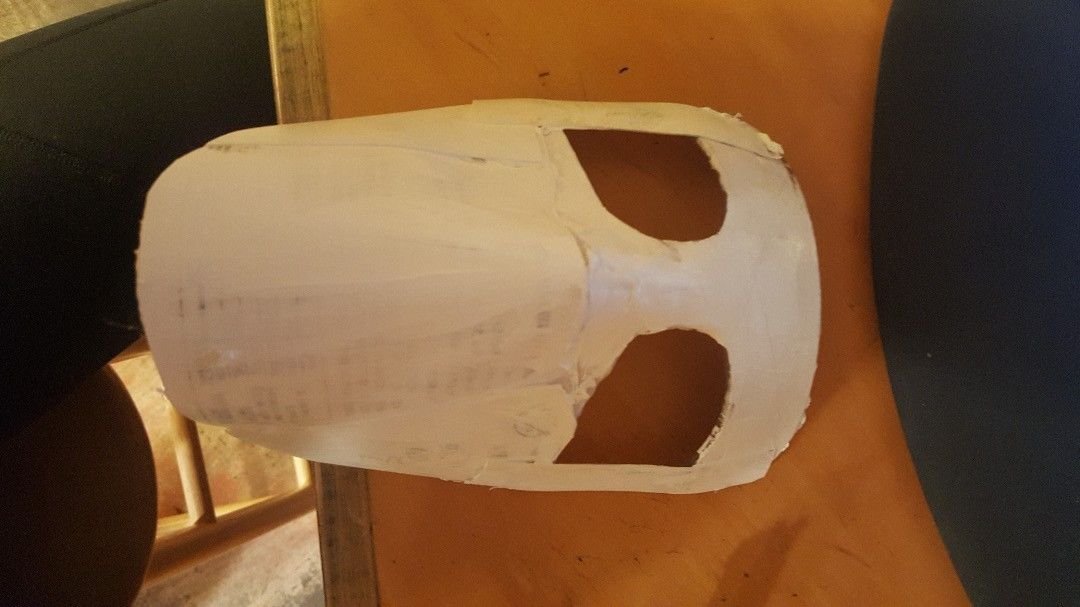 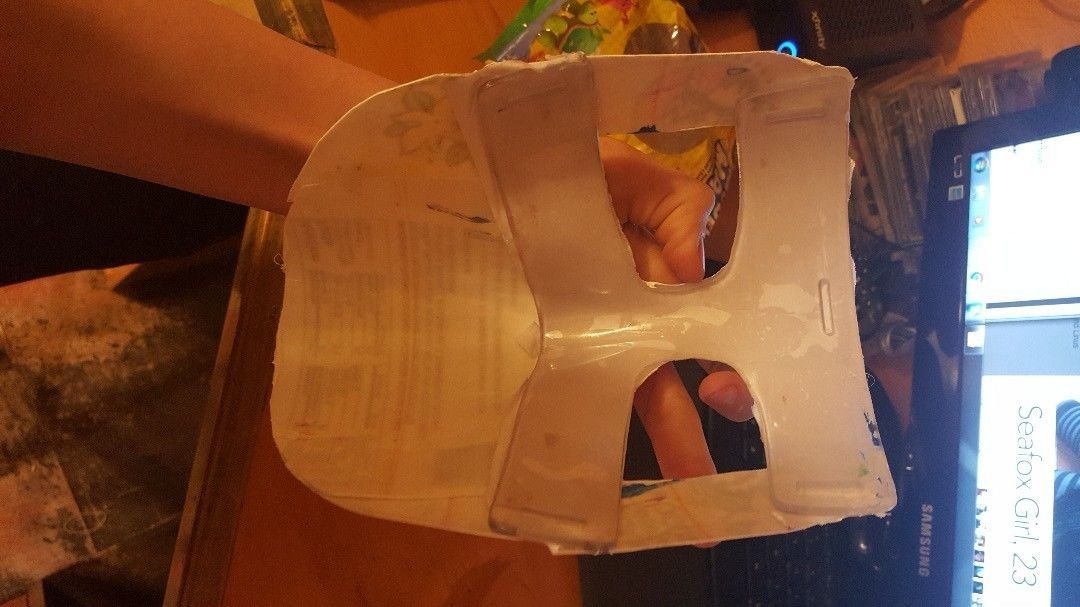 First off, you must build the base of the mask. The mask is a full face, but the noseguard only covers about half to I had to make it so it had more coverage. I did this by cutting the plastic Yogurt bucket into three separate sections, then hotglued them to the mask and each other. I then applied a thin coat of papermache to the front of the mask to even it out when it came time to paint. Finally I applied a base coat of white paint. 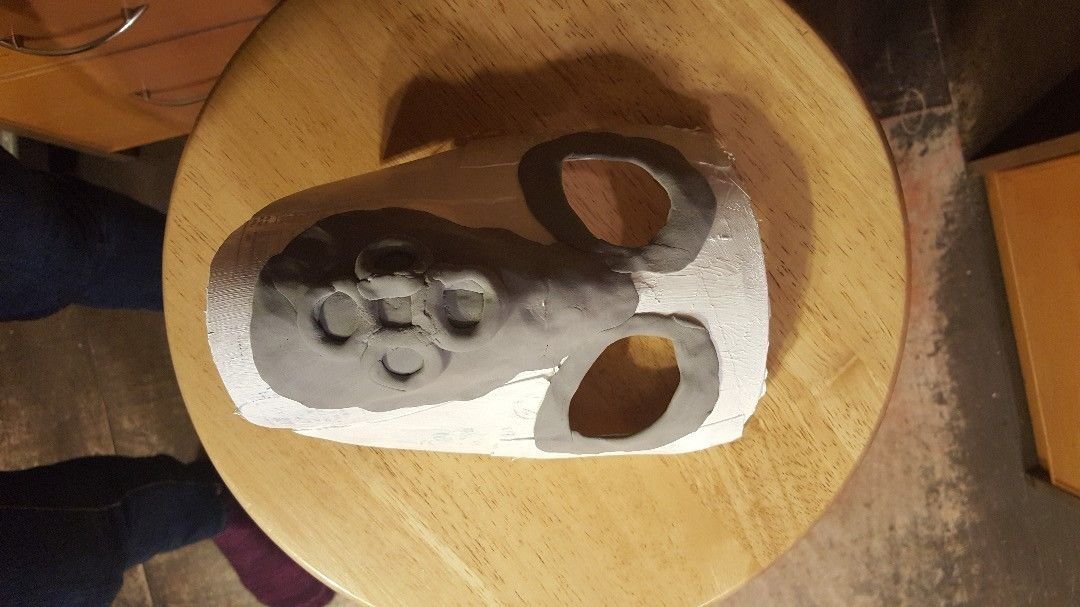 Once I had the base, I was able to start building up the face using the air dry clay. I wanted it to have a decent profile, and did not want it to seem too "two dimensional", plus the clay ended up being a great place to nest the LED tree later on. In the picture above I have the four circles on the snout build into the clay, but I later figured out that bottle caps work better so that part is not necessary.

Important: Before clay dries, use the plastic LED tree to make and imprint in the clay that you will glue it into later. Do this with the tree upside down. I used a hammer and anvil to smash off the tip of my tree so it wouldn't stick out in the final design, but that was just my personal preference.

Once the clay has dried, it is a good time to whip out the hot glue gun and start working on making sure the clay is securely affixed to the plastic, as well as using it to calm down the seams between the clay and plastic.

Then hot glue the tree into its imprint. Again, make sure the tree is upside down! I would recommend also hot gluing the wire to the bottom of the mask so it doesn't get in the way later when painting.

The Snout and Electronics 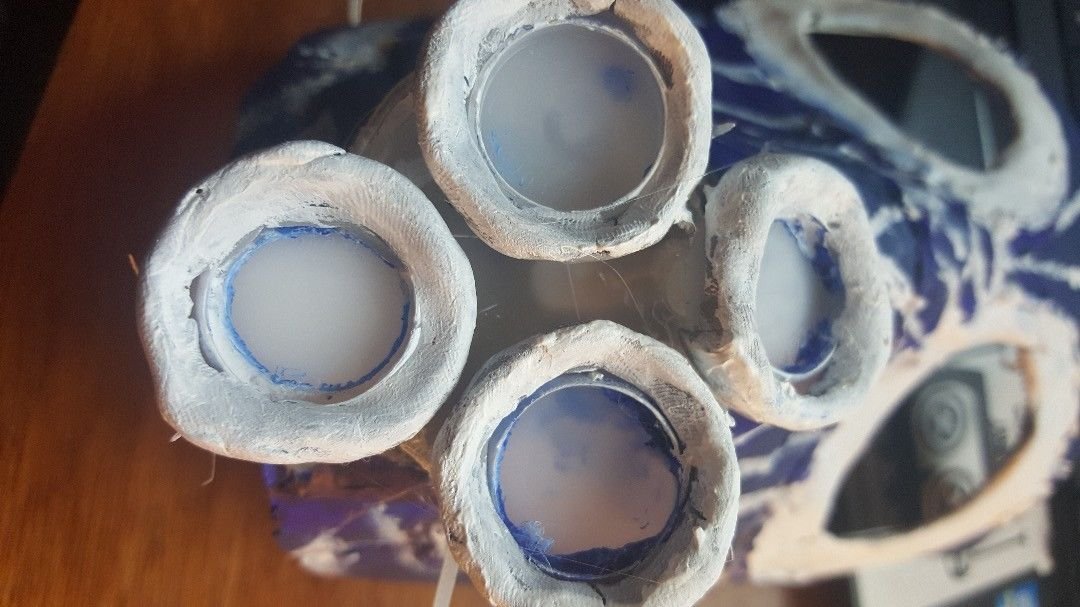 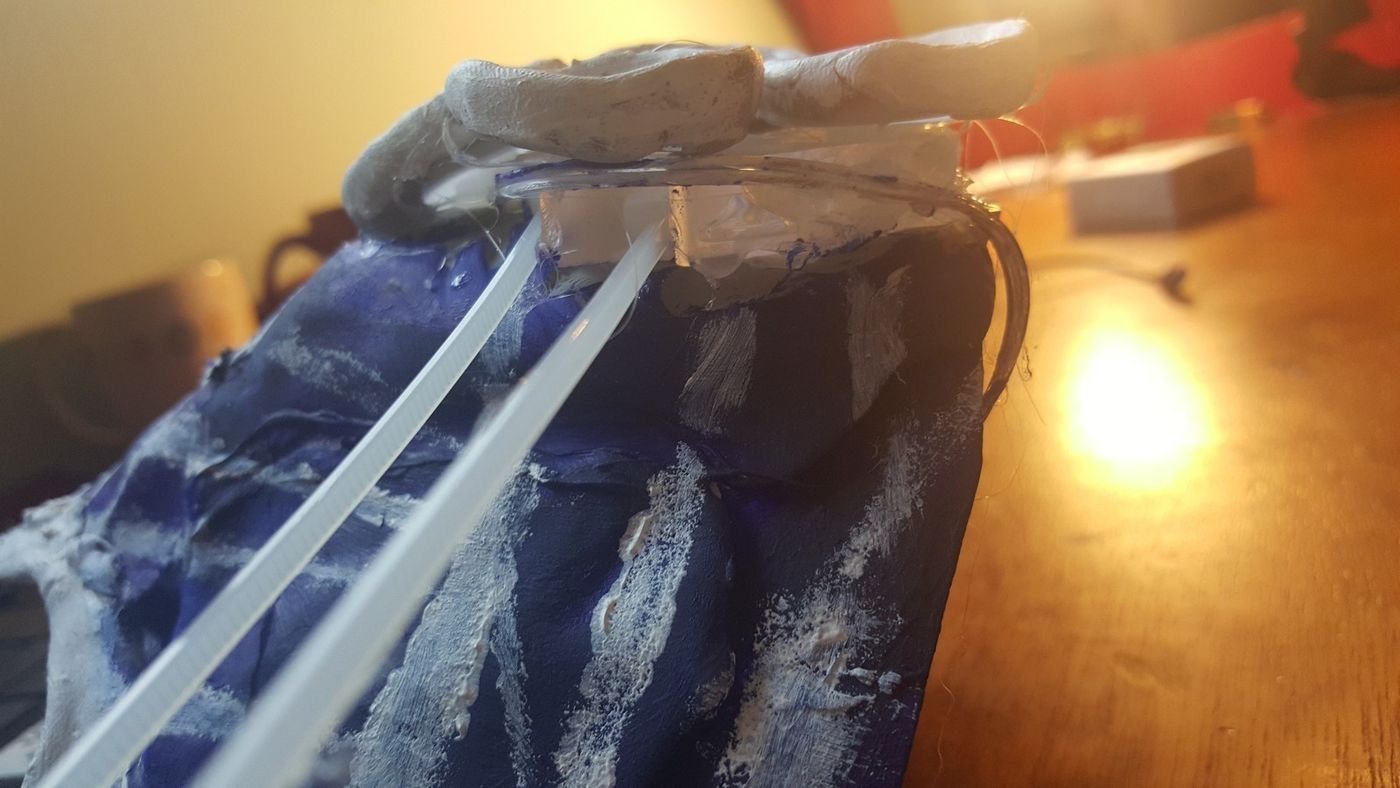 Take your four clear bottle caps, and cut them down so they are ALMOST flat. Then cover the rims in clay. Allow to dry.

Once this is done, you can glue them in a 1/2/1 pattern (see picture) atop the plastic tree. I glued the top bottle cap halfway between the tree and the rest of the clay snout so it seemed like a cleaner transition between the snout and electronics. Do this with the tree plugged into the computer so that it lights up and you can make sure the caps are even and look good upon the LEDs.

Then take your zipties and cut them about to half their size. Glue them onto the notches in the side of the tree so they stick out like whiskers.

As for the electronics, the tree is USB powered which while rather nice during the build (easy to turn on and see if it looks good) this will of course not do in the long run. In order to fix this issue, I just cut the USB part off and rewired it to the battery pack. Make sure you check the polarity before doing this or you risk a 50 percent chance of it not working. 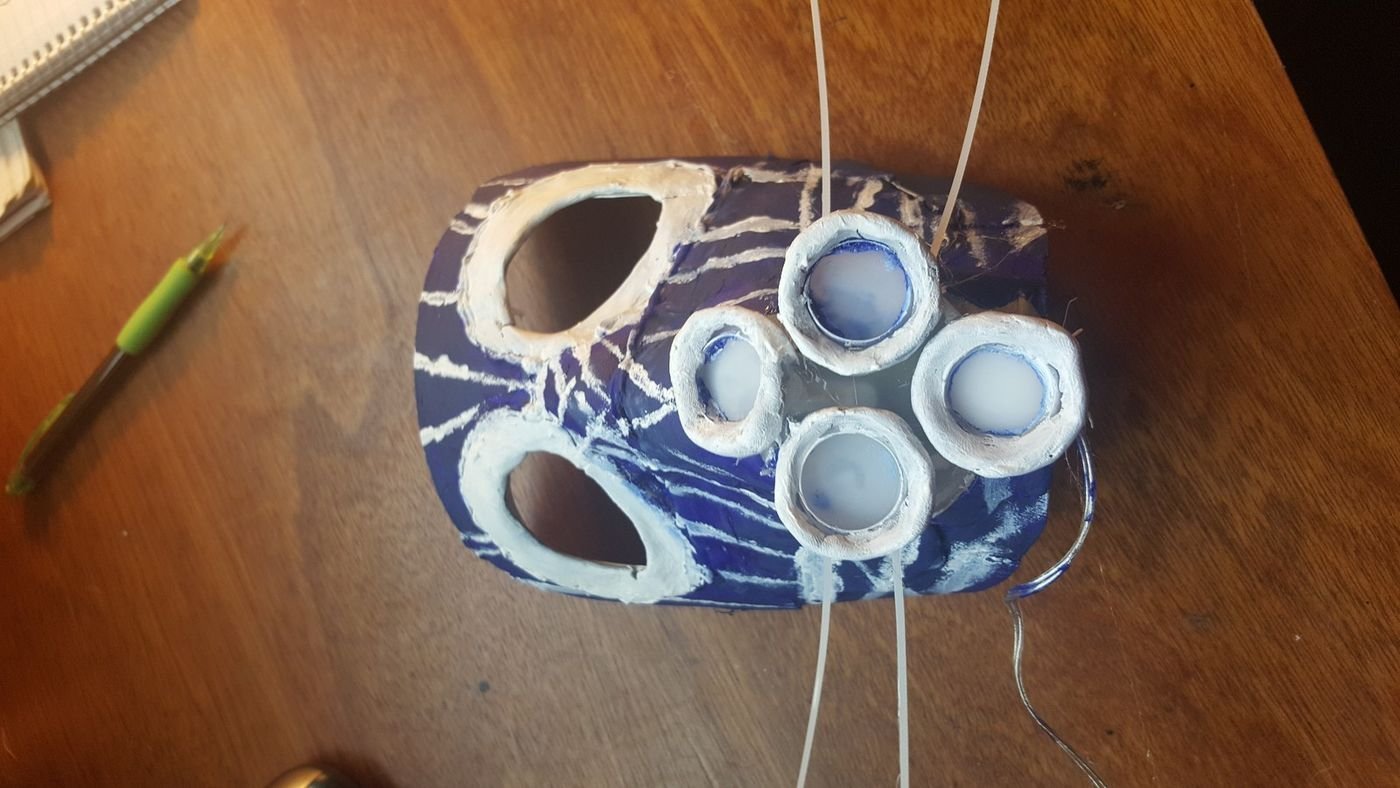 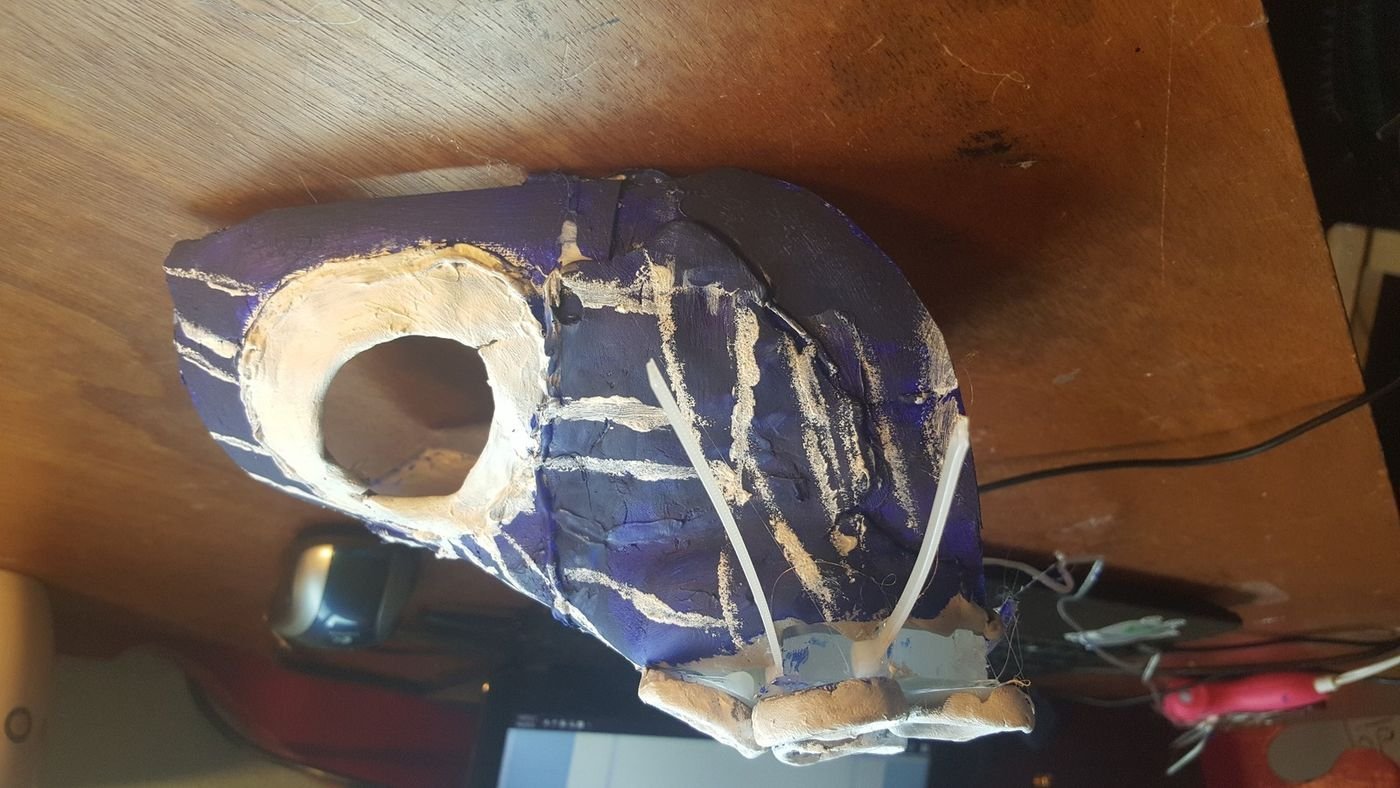 Finally, it is time to paint our maskerpiece. I used a bright navy blue base color then white accents and around the eyes and bottle caps. Make sure you pay attention to the details if you want it to look like the professional Seafox masks (the cheeks in particular!) and don't accidentally space the white lines too evenly. It looks better (in my opinion anyway) if they are placed as little more randomly. 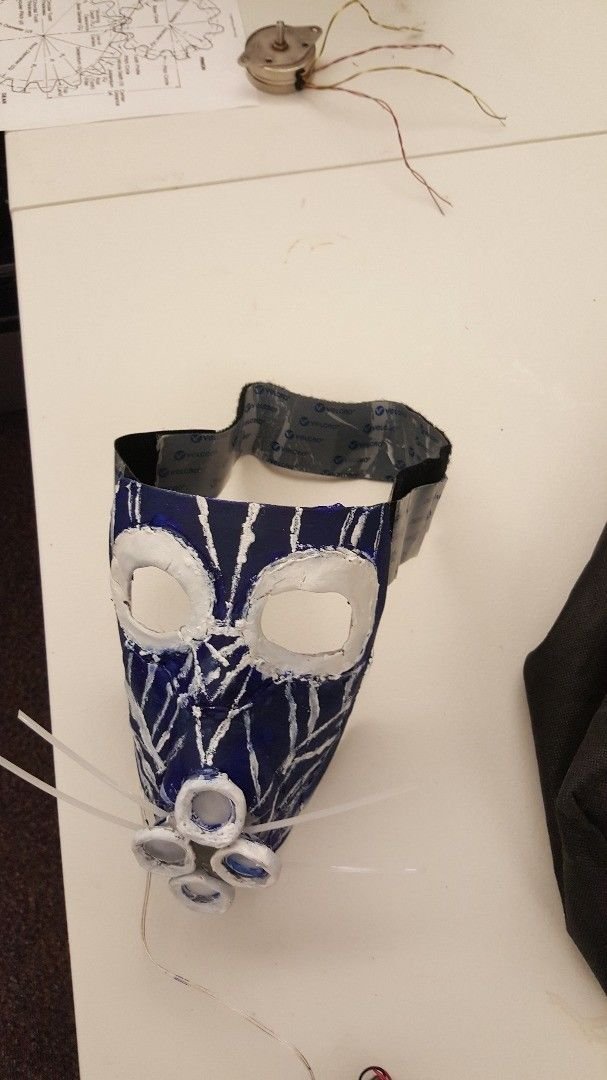 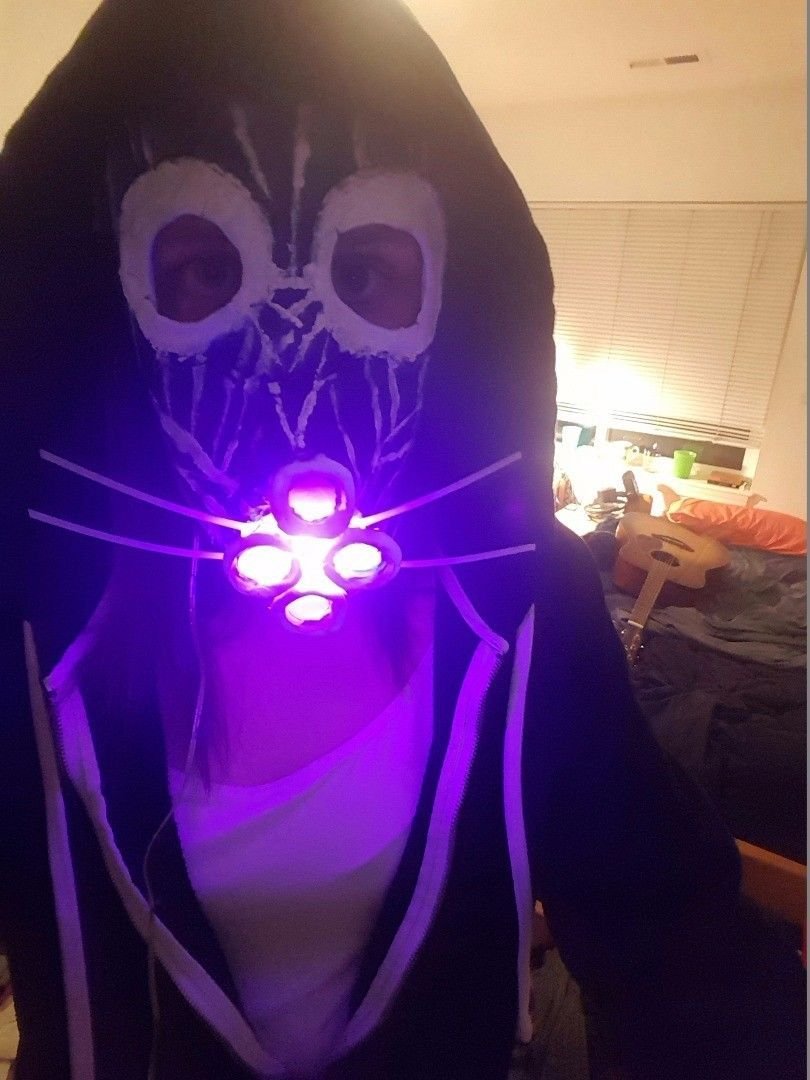 Once the paint has dried, the mask is ready to wear. I would recommend using the headband that came with the noseguard kit, as I can assure that it will hold up better in a dance party situation than most other head-affixing methods. Plus, ideally one can also wear the Seafox hood as well so the admittedly less attractive headgear is not visible. As for the battery pack you can either carry them in a pocket or sew a small pouch into the hoodie to put it in!

I used a thick velcro strap to attach it to my head. 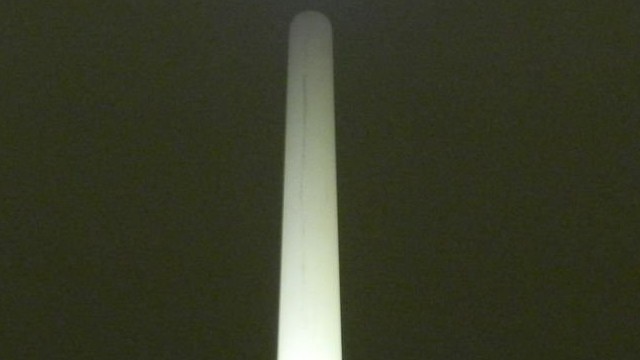 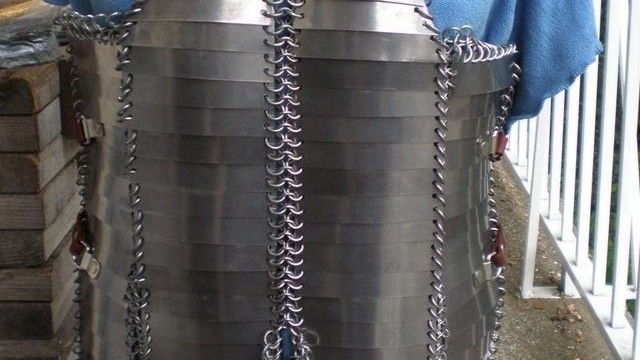 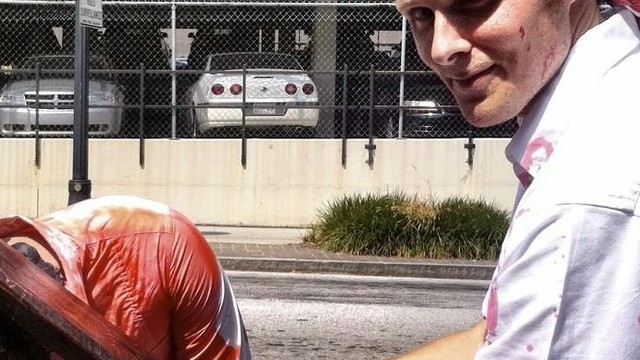 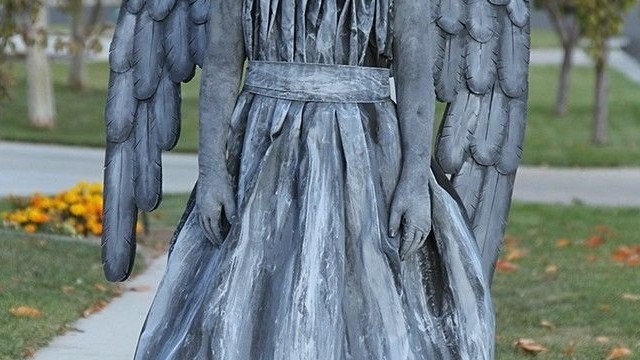 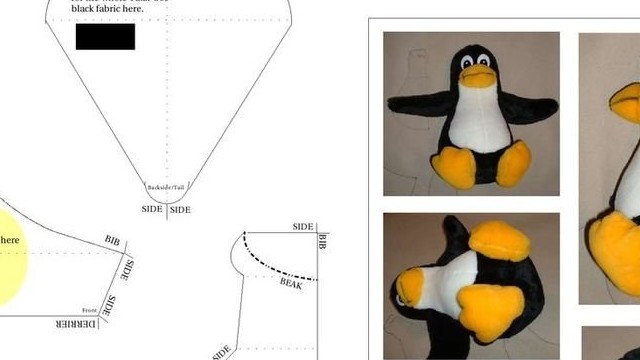 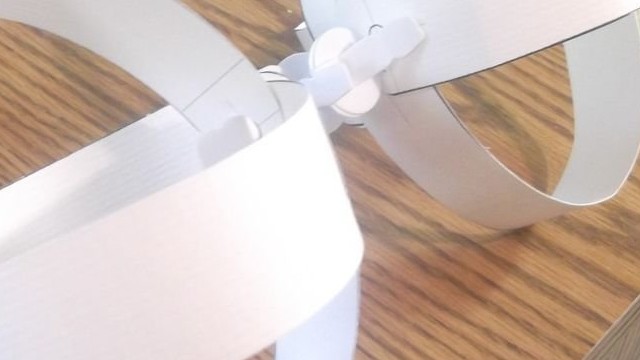