This tutorial shows a simple trick for fixing a zipper which stops working but yet you can't see any issue with the tracks for the zipper. You look and can't figure out why the zipper sometimes works, and sometimes doesn't. Also it seems to zip mostly but then opens up. Well, if you can't see anything wrong with the zipper tracks, then maybe the problem is the part of the zipper that slides up and down!

Watch the video to understand quickly what is going on and how to fix it!

Anatomy of a Zipper 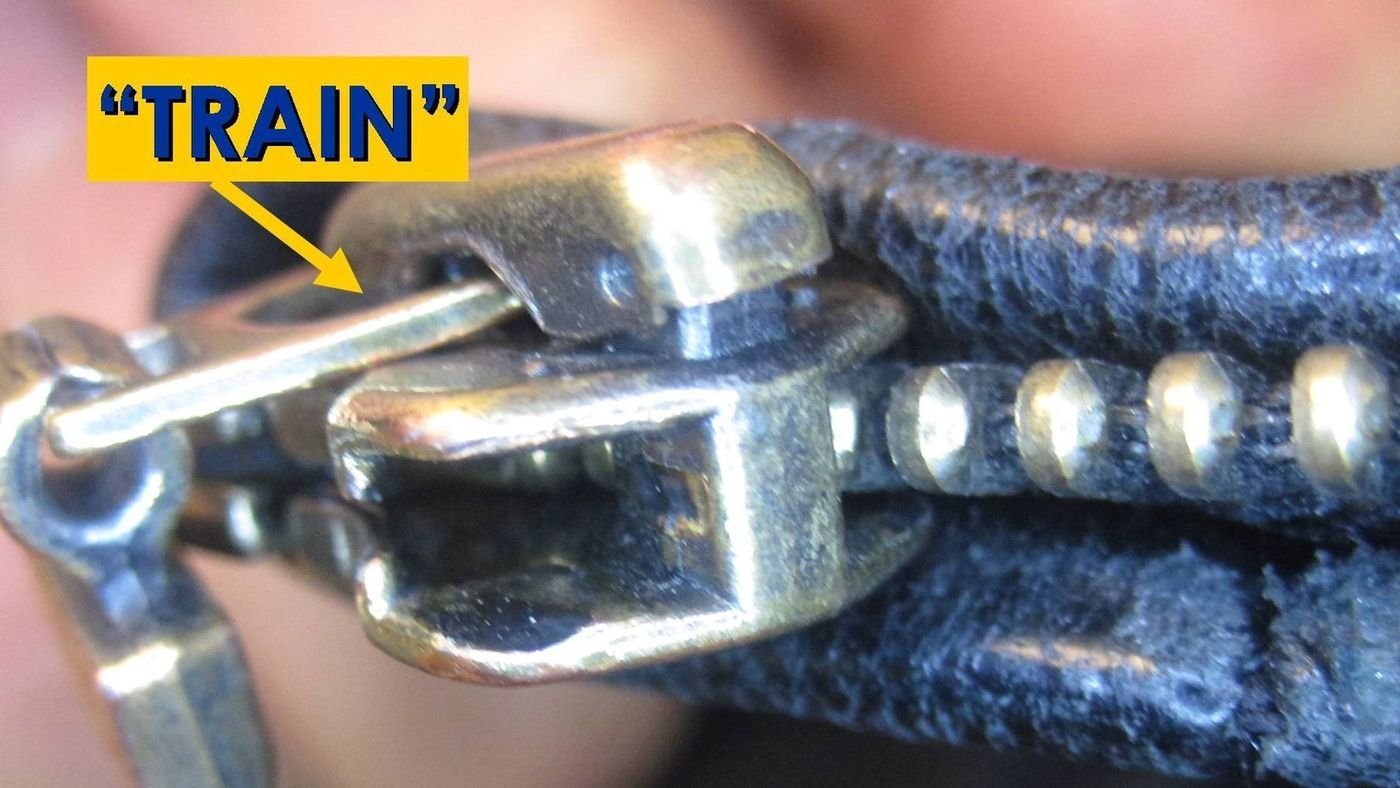 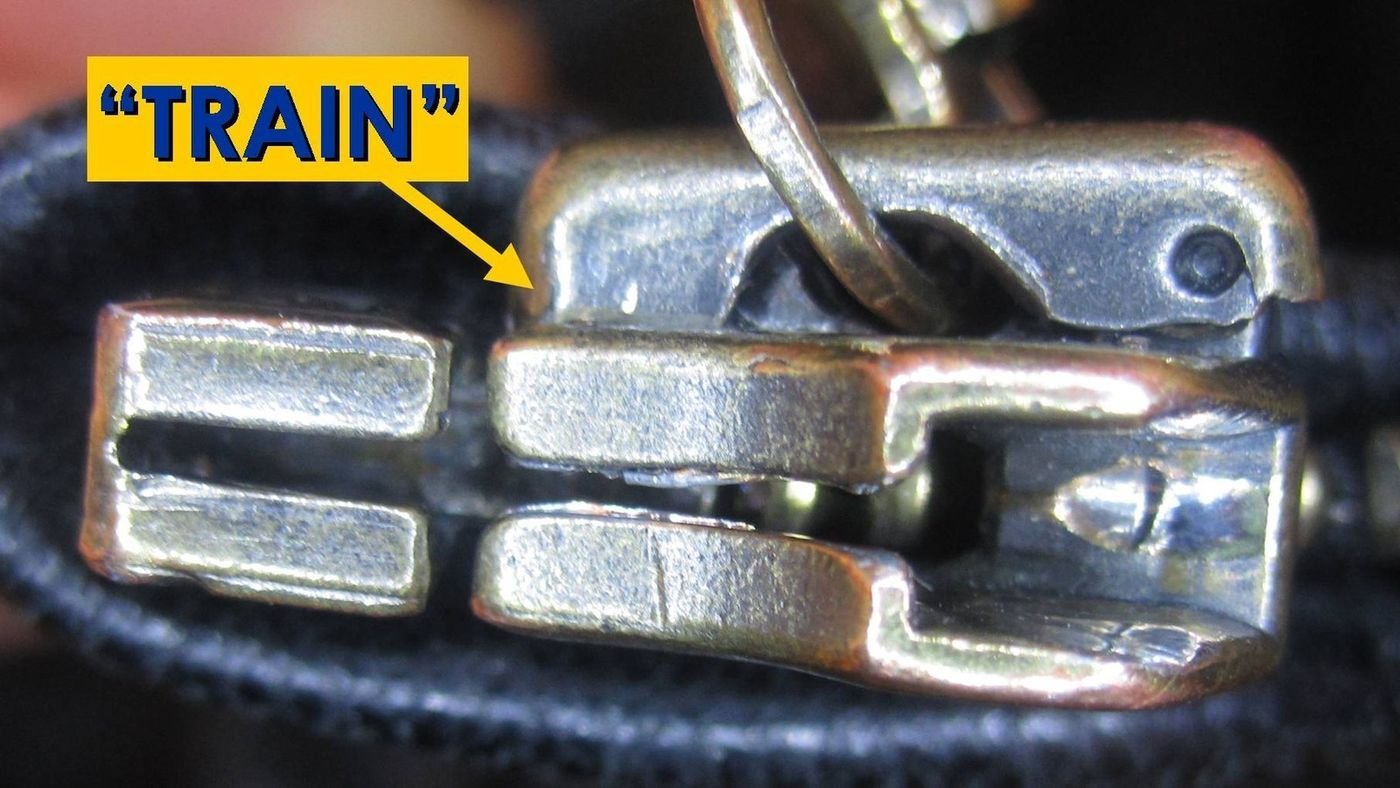 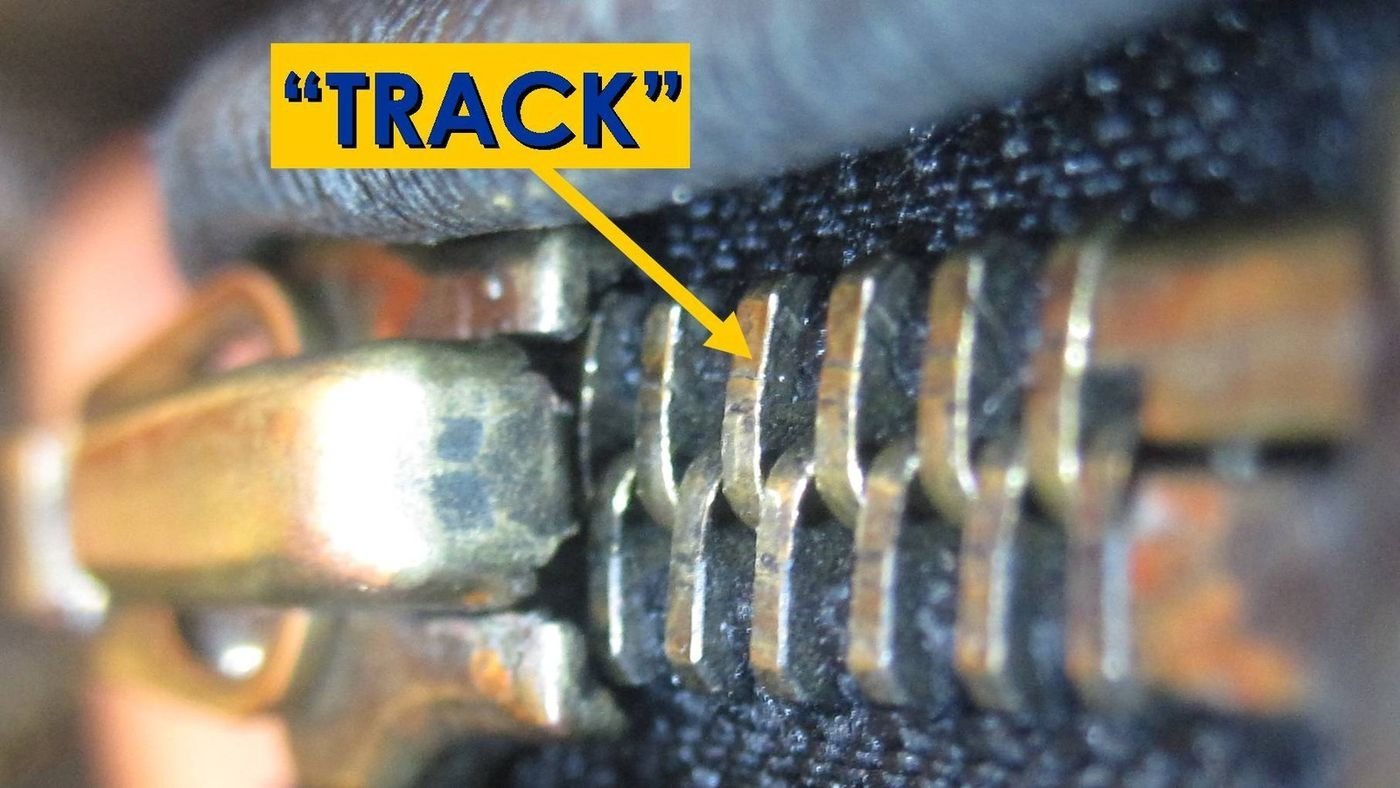 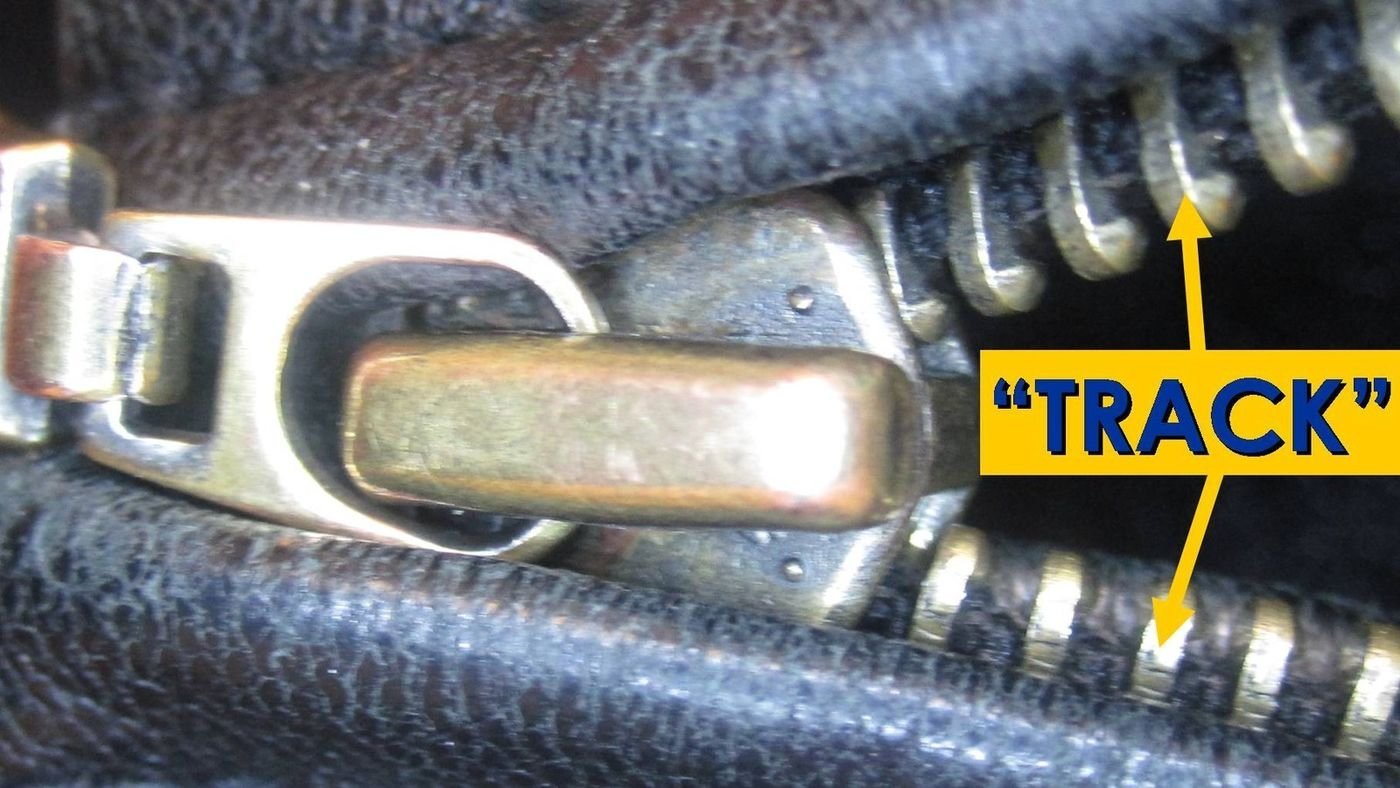 If you think about it, the TRAIN slides up and down and closes or opens the 2 halves of the zipper together. When you slide the TRAIN up, it is designed to bring the 2 TRACKS together at a precise angle so that the fingers inter-link. If there is too much "play" because the TRAIN has flexed or stretched open a bit, the TRACK fingers won't hit each other perfectly and may slip and not link up. That's the problem! 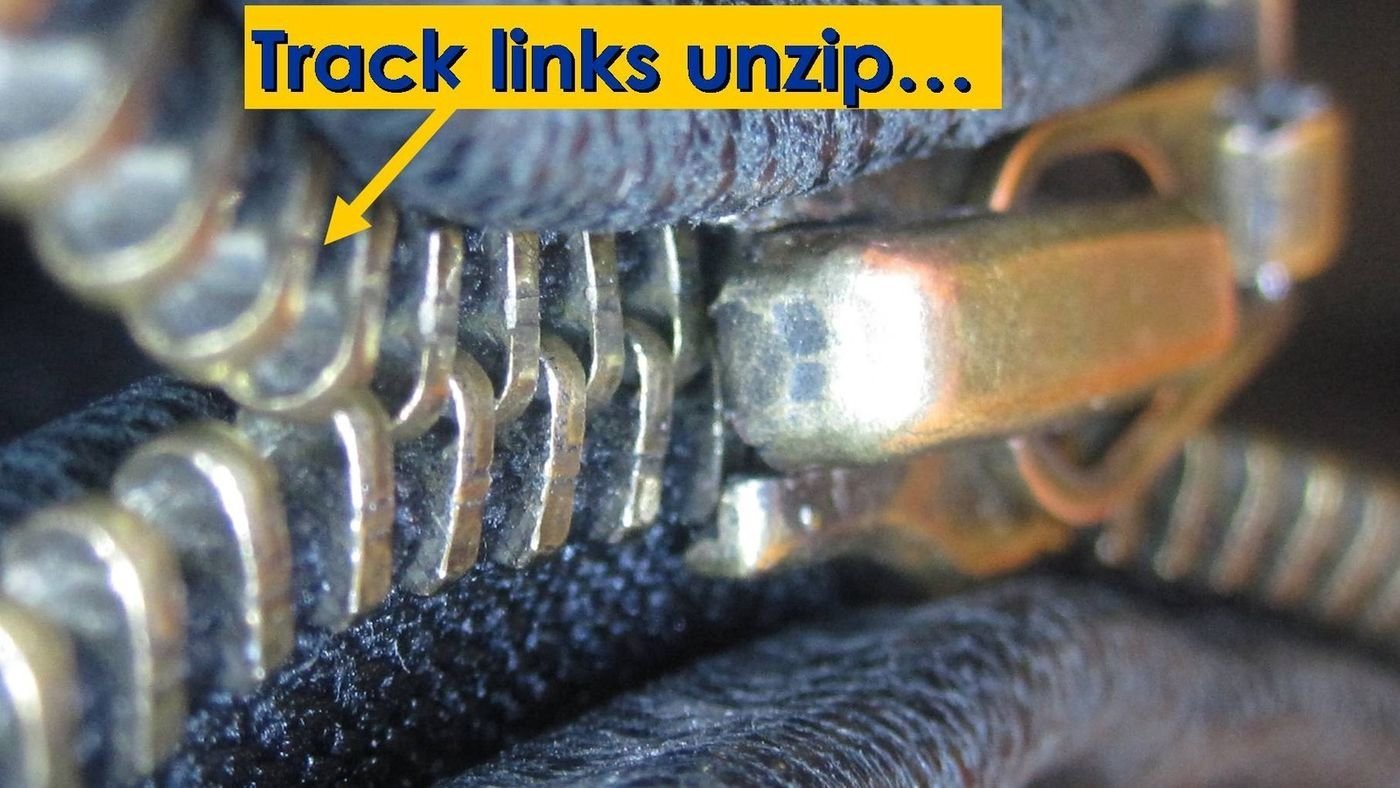 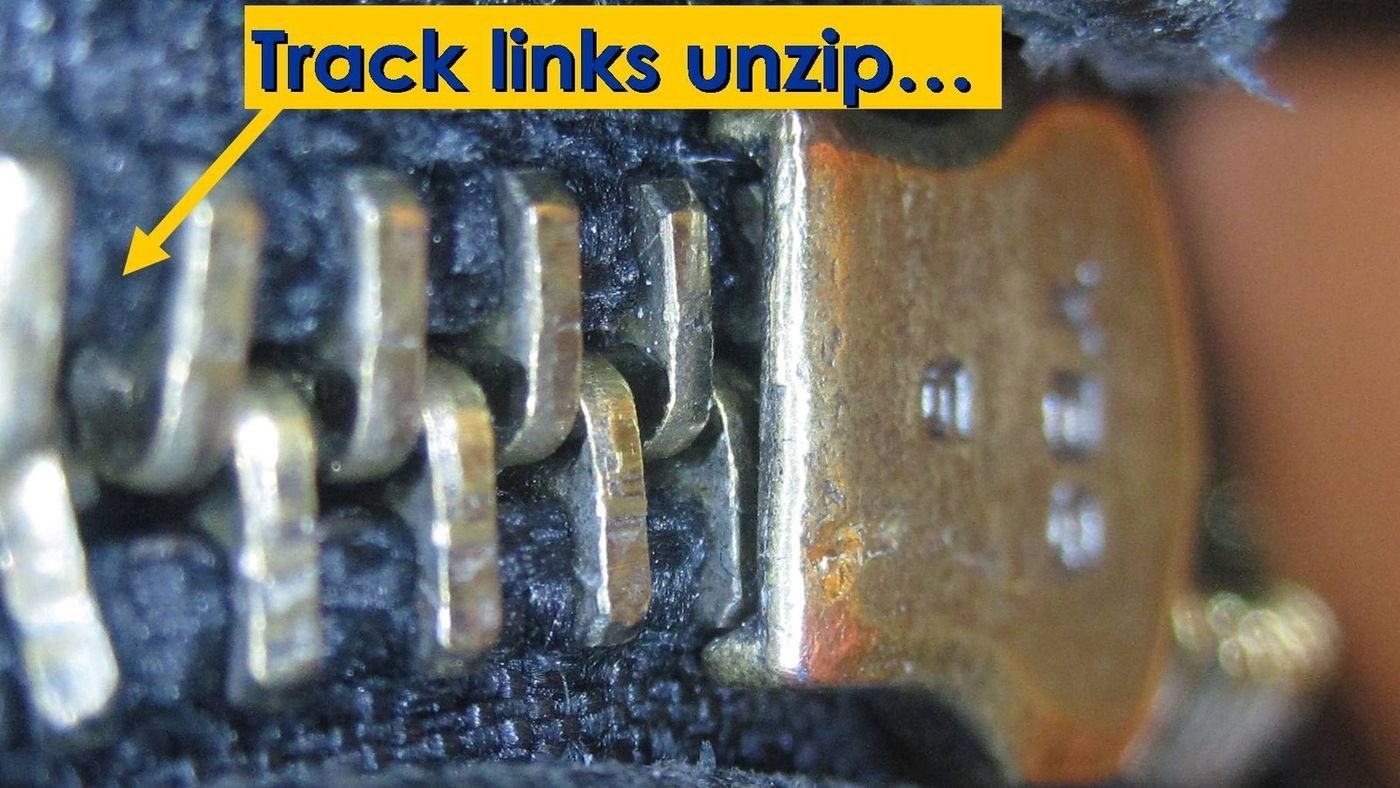 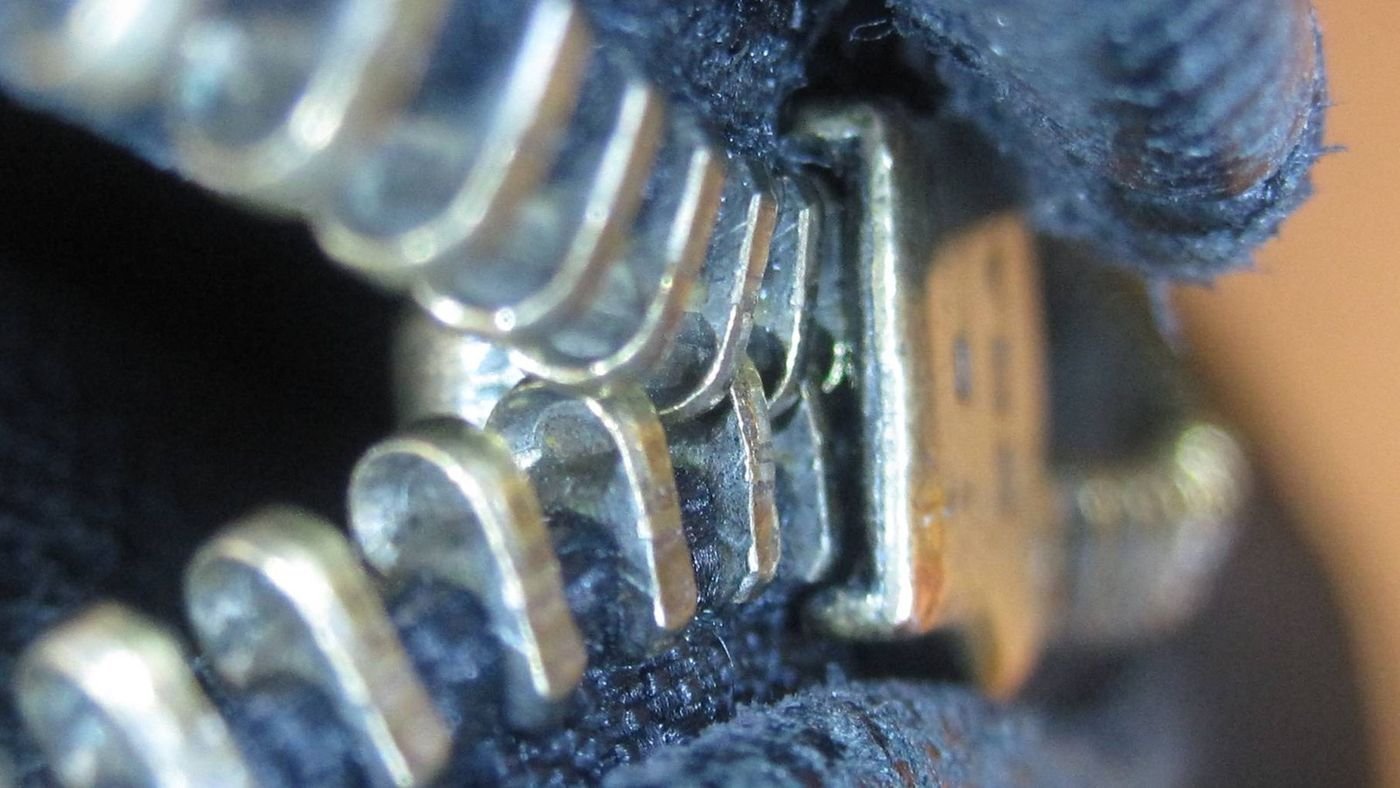 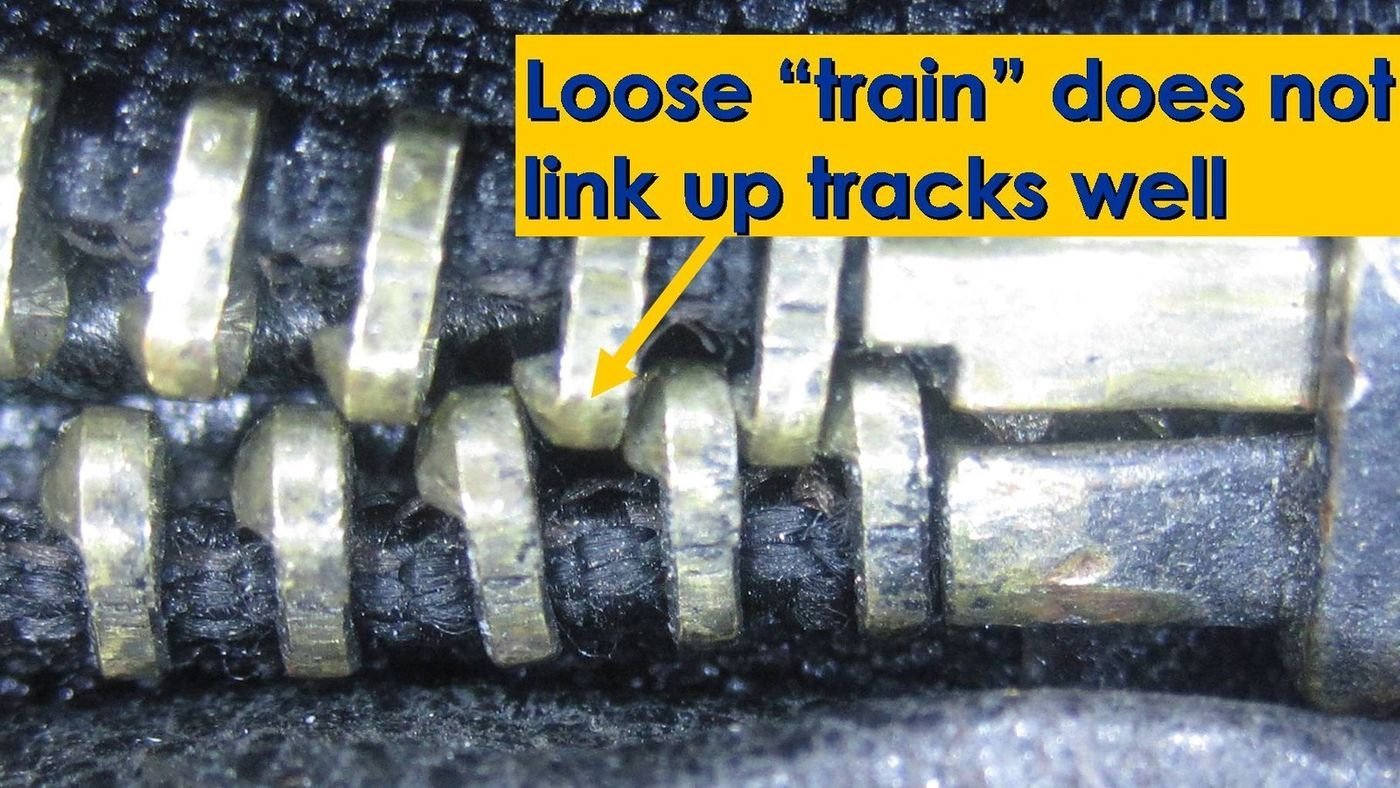 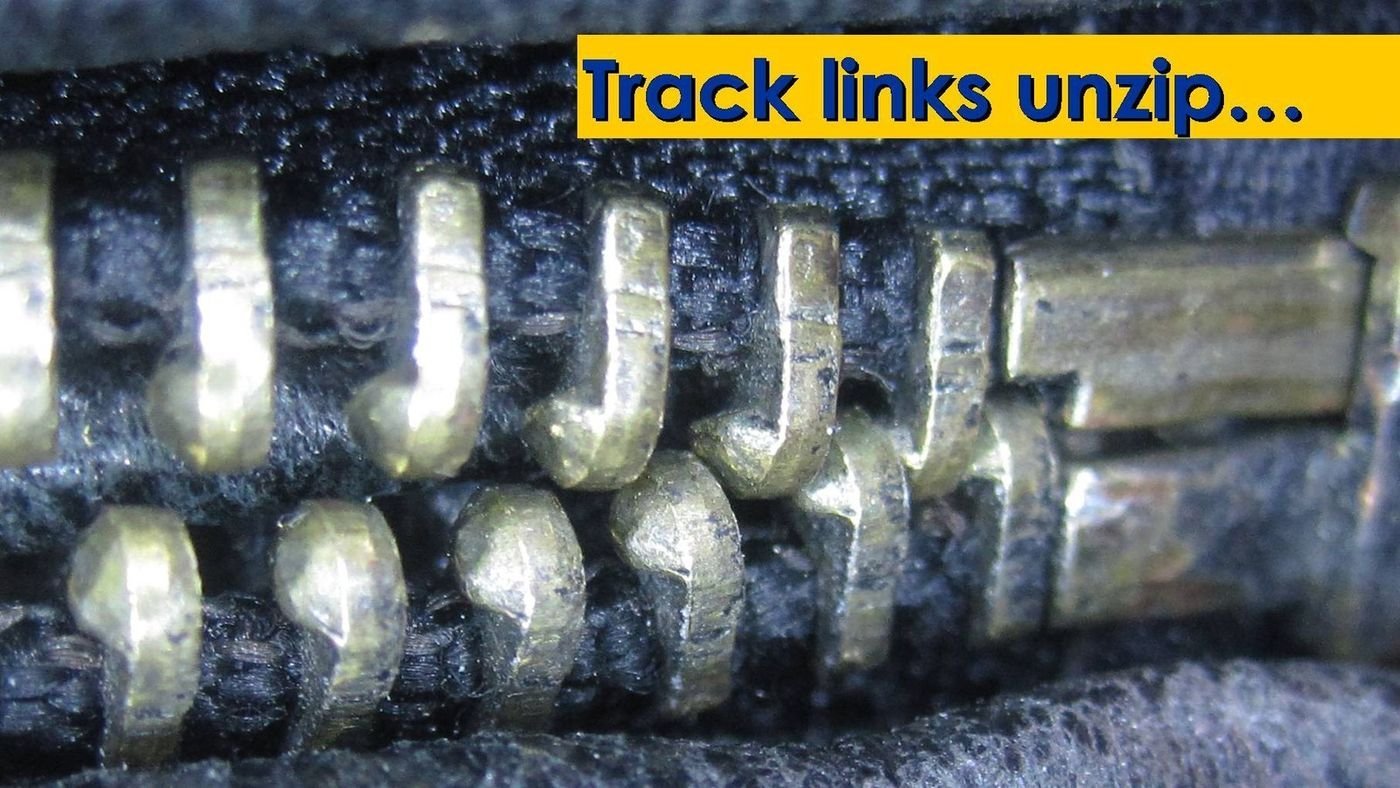 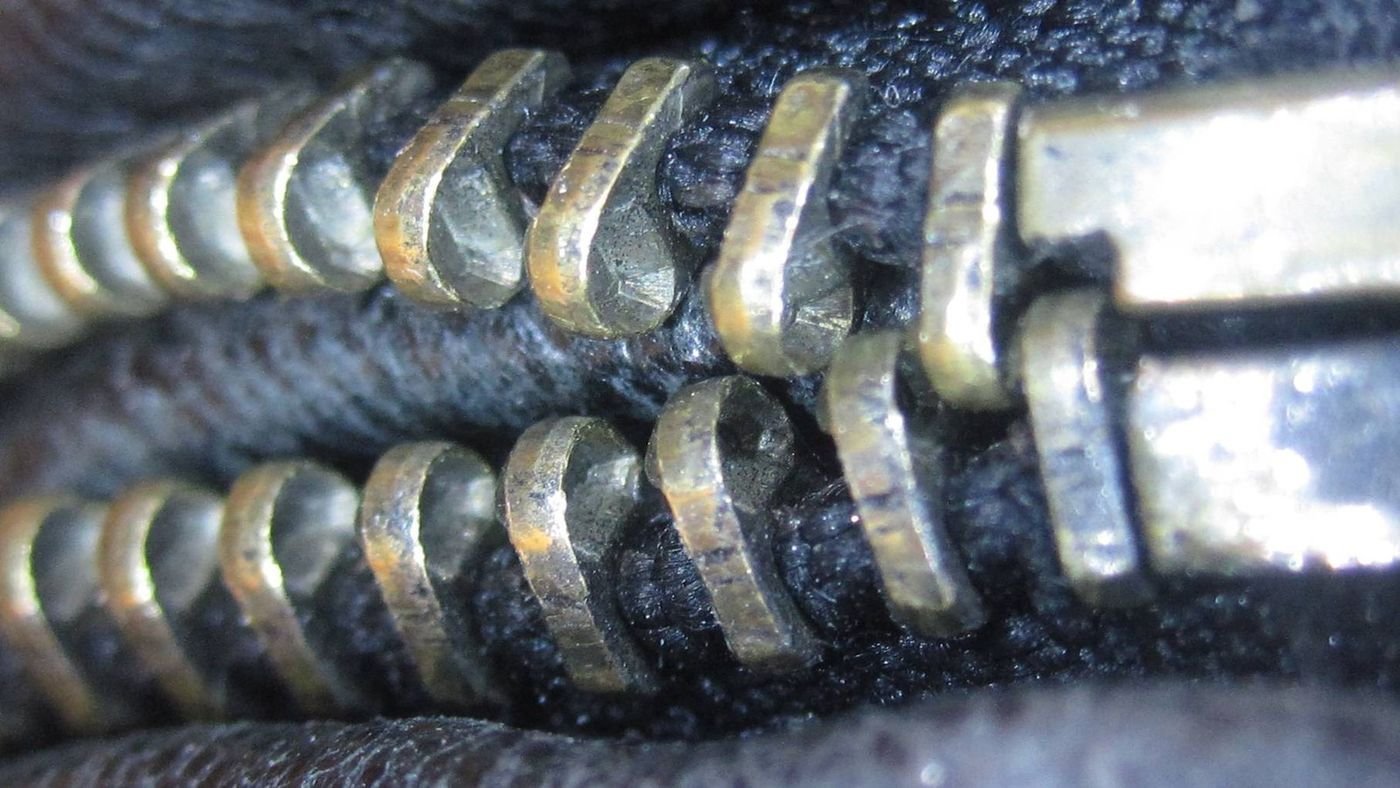 As you can see in these photos, here is what is happening when the zipper TRAIN doesn't properly orient and inter-link the tracks. The fingers composing the links on each TRACK have a small dimple on one side, and a bump on the other. Normally the bumps from one finger fit into the dimple from the next finger, alternating from one side of zipper TRACK to the other. As they link up, bump to dimple on alternating fingers, it closes up the zipper and this makes it hard to pull apart horizontally (the fingers slip in very closely and pack tightly).

If these fingers aren't aligned well into each other, the bumps are close to being in the dimple but not fully. So what happens is the fingers slip past each other very soon after exiting the TRAIN. You can see that in the photos. The fingers need to be stacked well from the beginning of the zipper to give them a compact vertical stack along the length of the zipper, so that the fingers cannot slip horizontally past each other and open up. That vertical compression of fingers from each side of the TRACK makes it hard for the bumps to slip out of the dimples when you try to pull apart the zipper horizontally, because the zipper would have to expand vertically to allow the larger inner part of the finger (with the dimple/bump) to slide past each other.

So again, if the fingers don't line up properly, they will slip out because they aren't properly stacked and compressed against each other. The TRAIN needs to have a tight-enough tolerance to really line these very small surfaces together perfectly and compact the fingers along the entire zipped up length of zipper. It has to be compressively stacked with minimal freedom to keep all those bumps and dimples on the little fingers firmly socketed together. 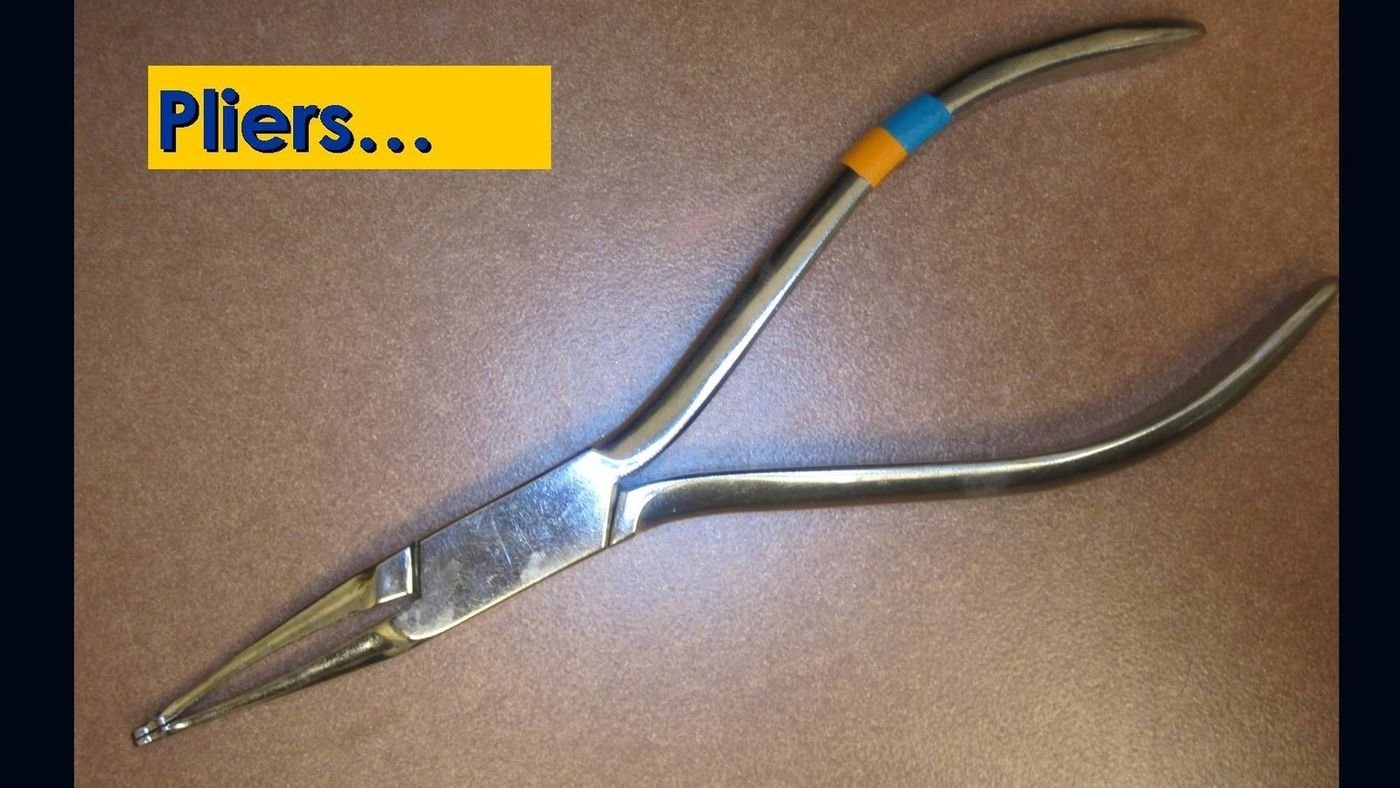 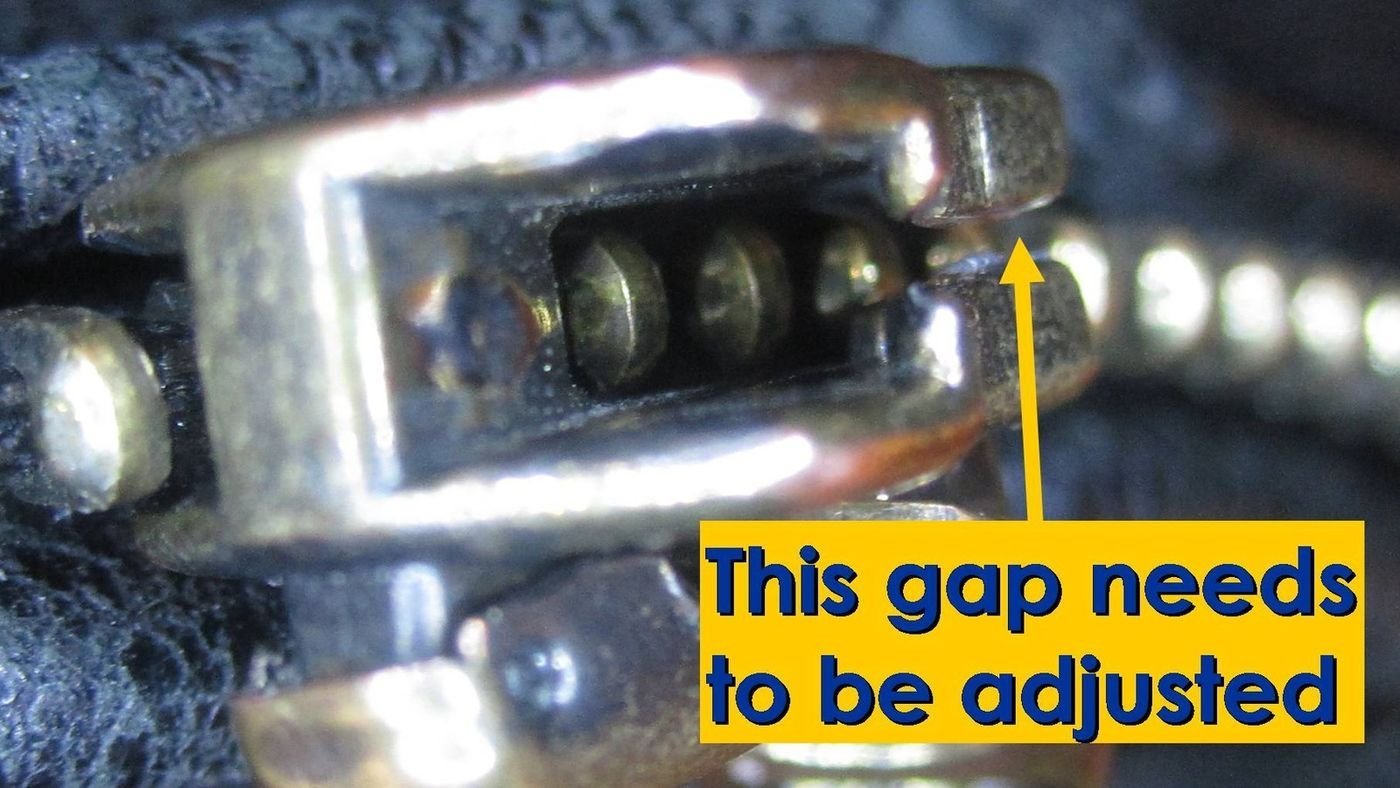 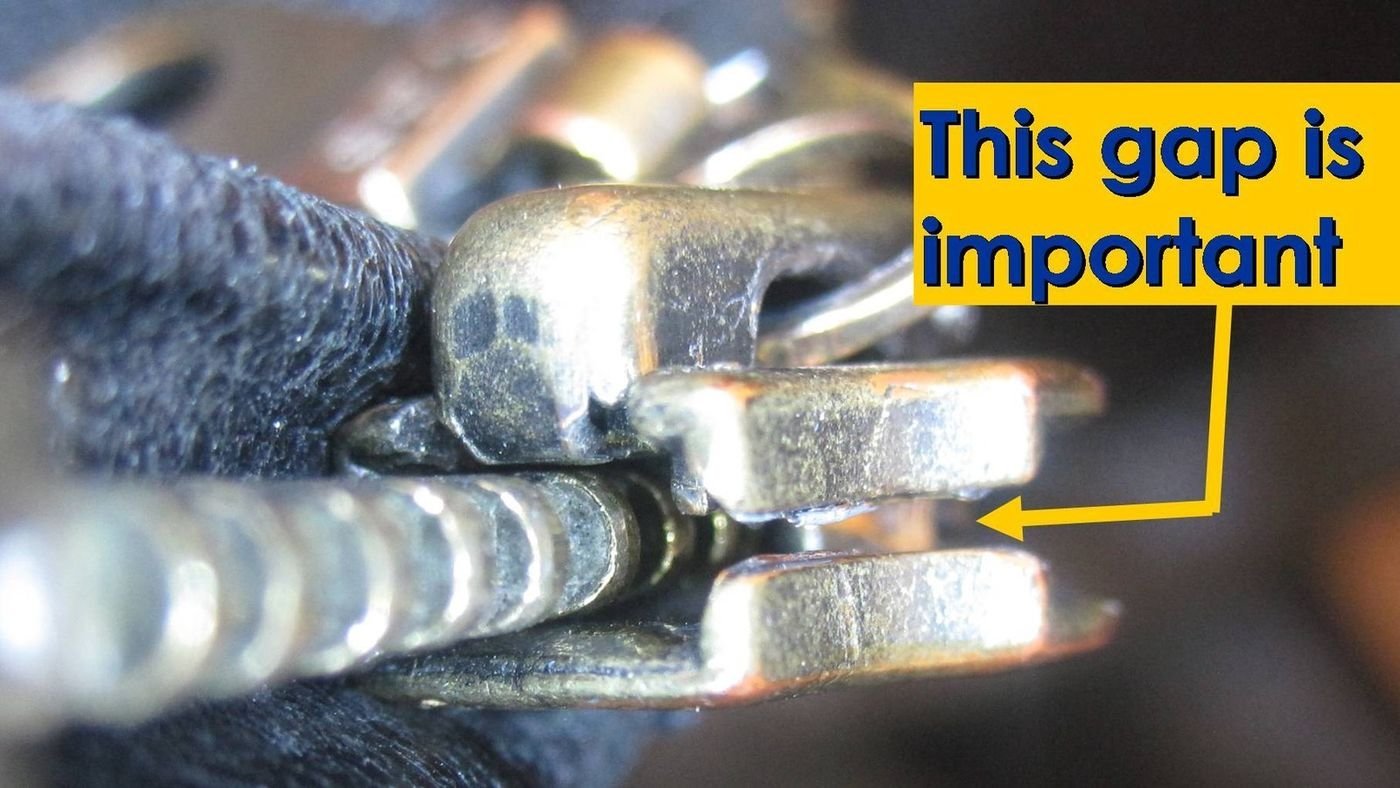 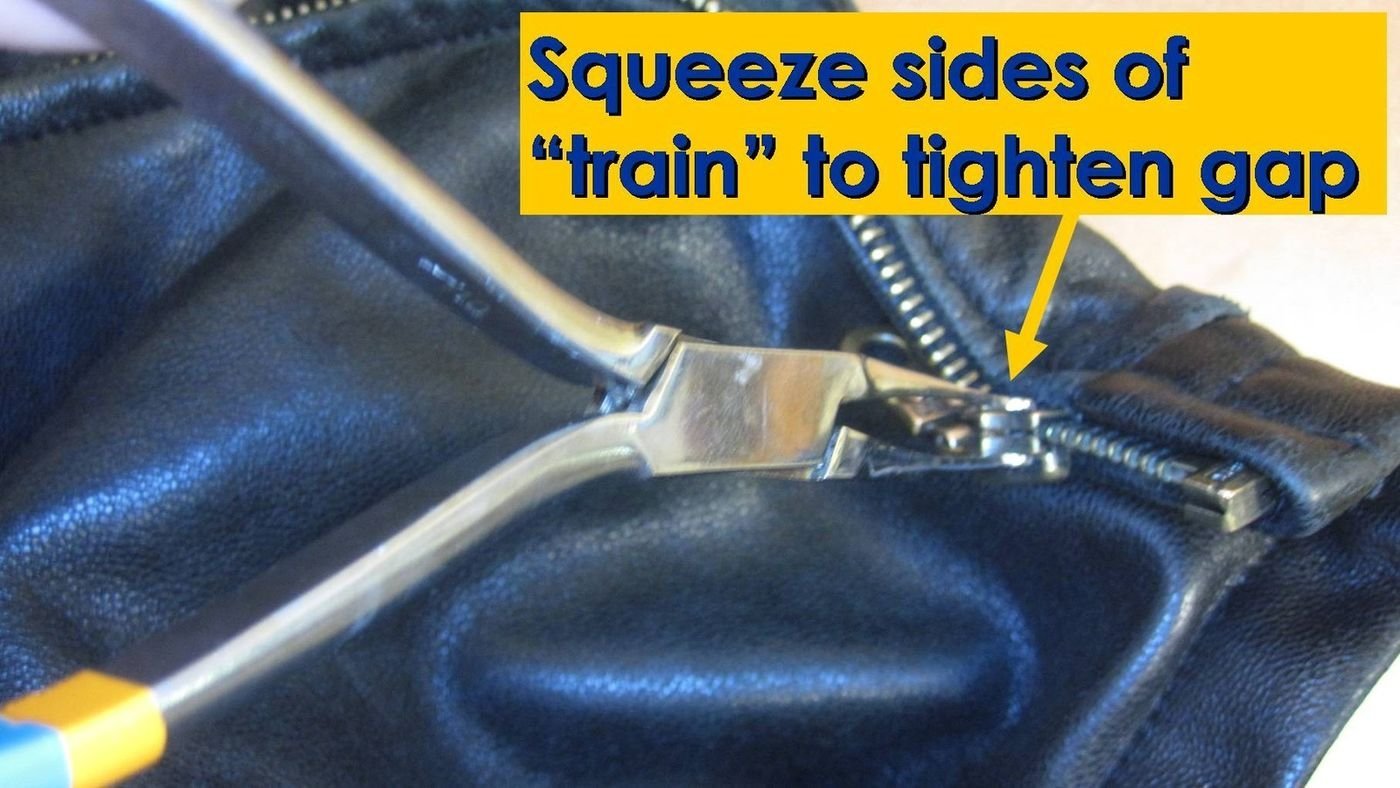 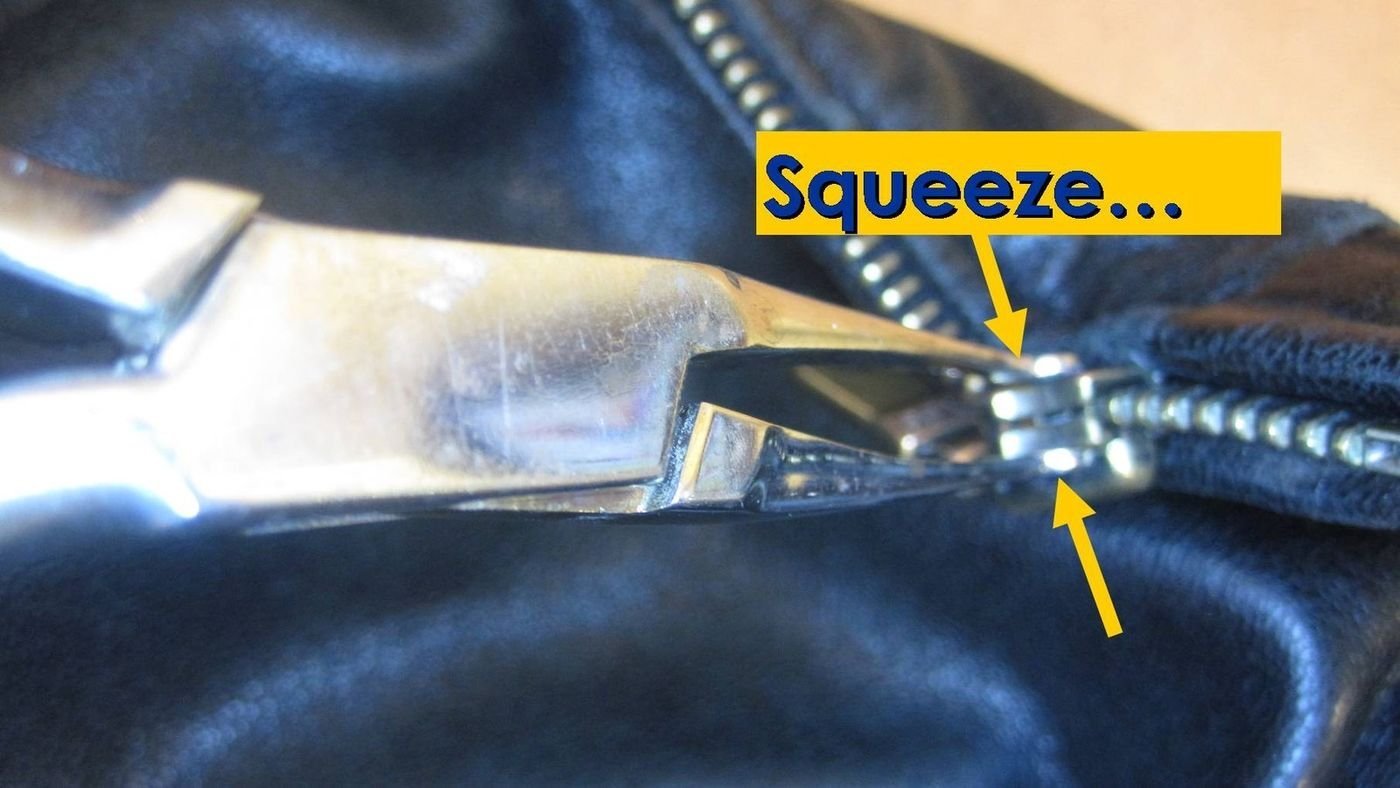 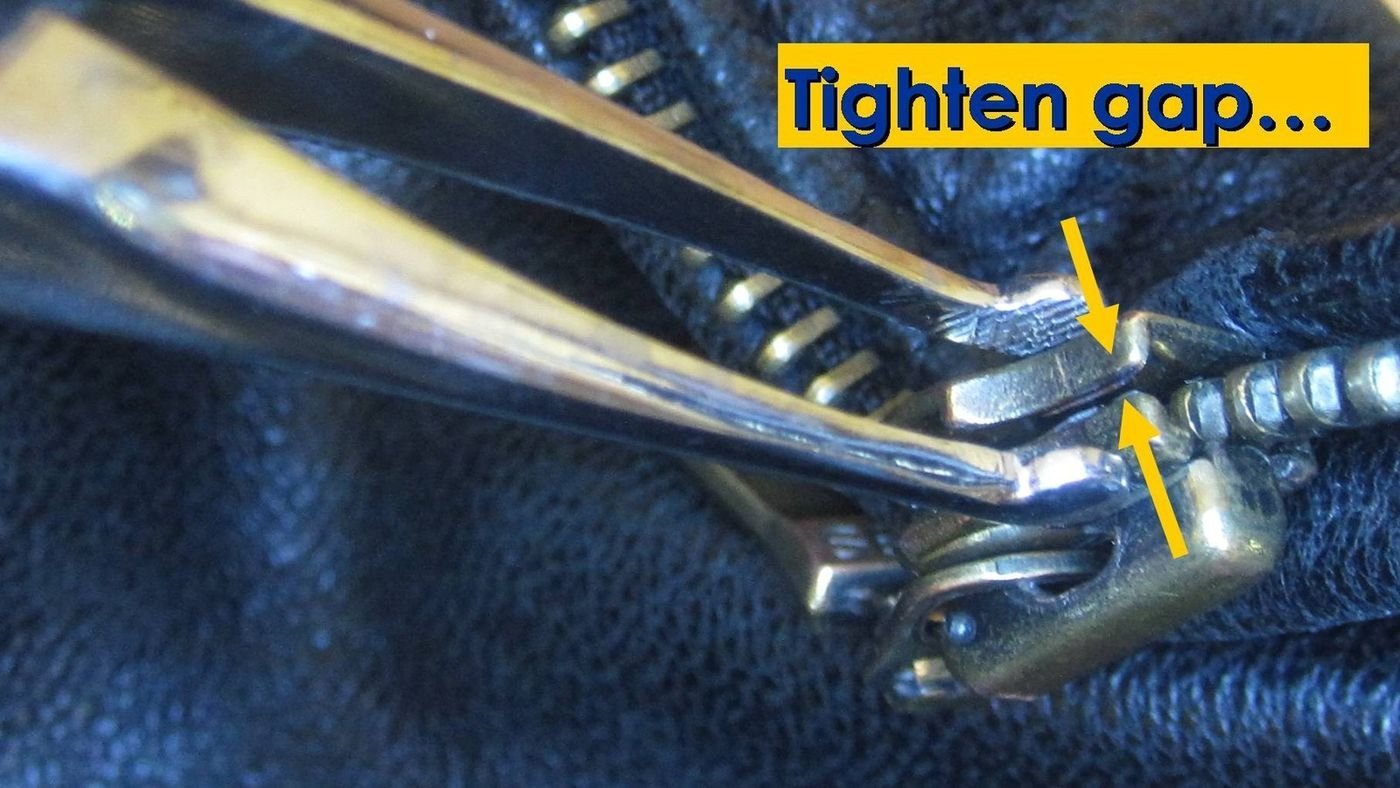 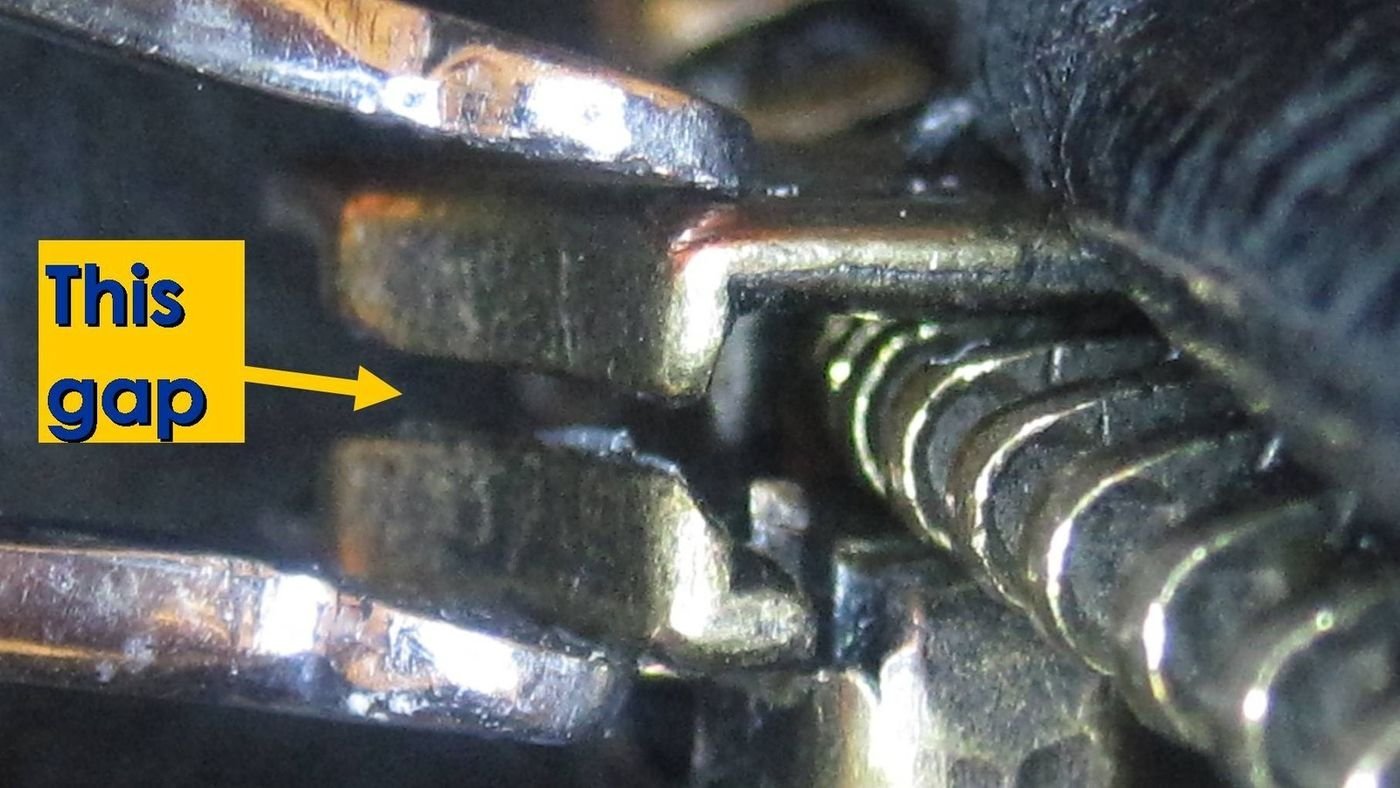 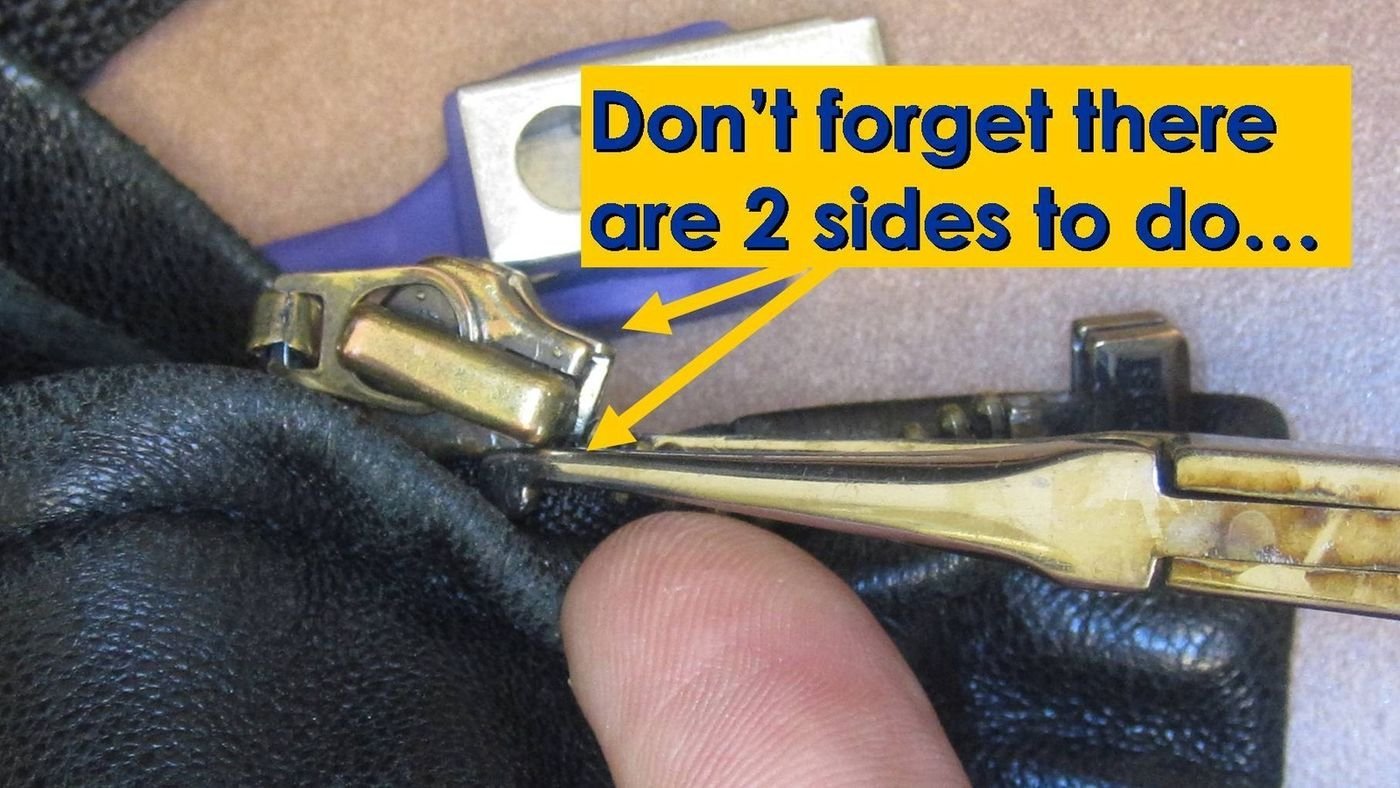 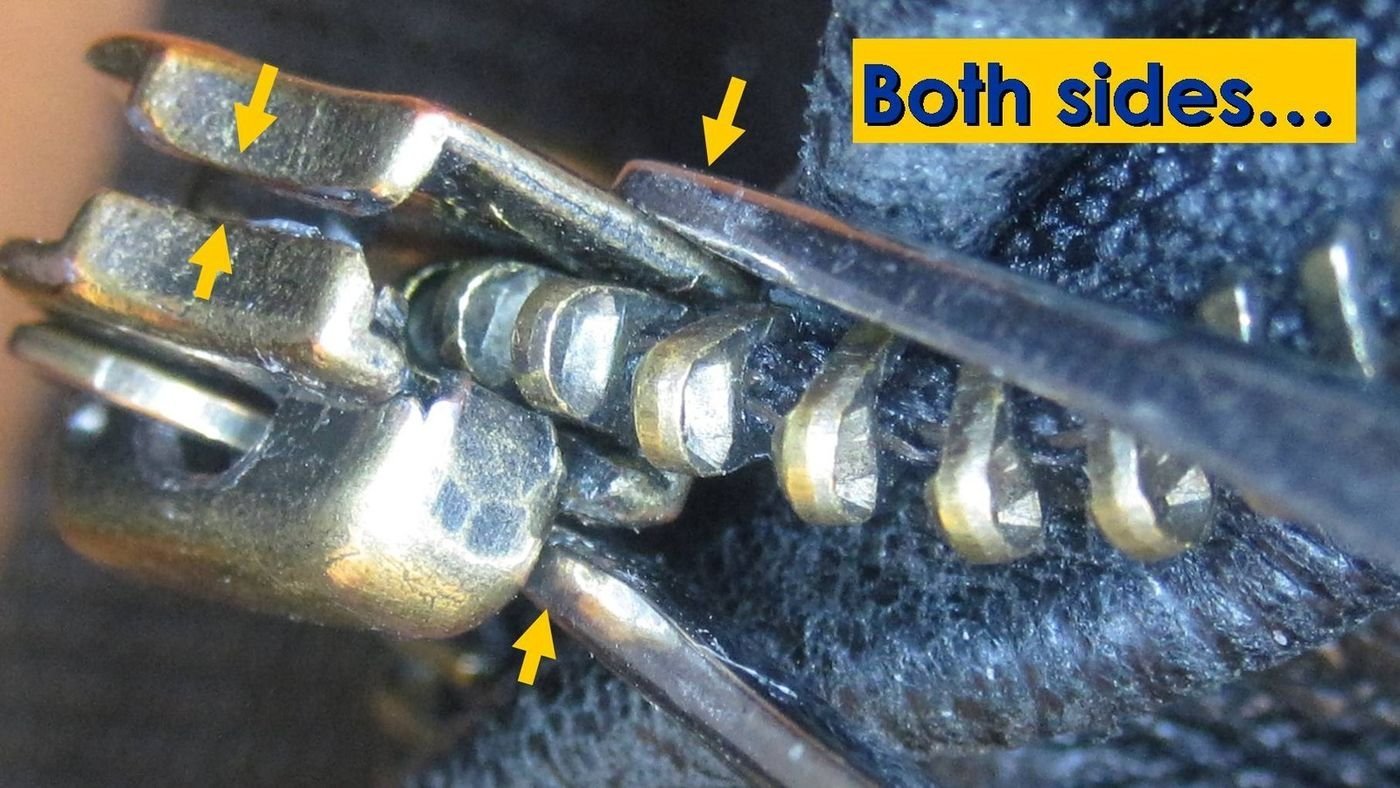 These photos show you how to use a plier or crimper to fix the TRAIN. The important bit is the small gap found on each side of the TRAIN which guides the TRACKS to slide along them. The fingers of the zipper enter into the TRAIN and then assemble together and pop out the smaller side. Because the tolerance is off, there is more loose space inside, the fingers may not assemble and pop open from each other. 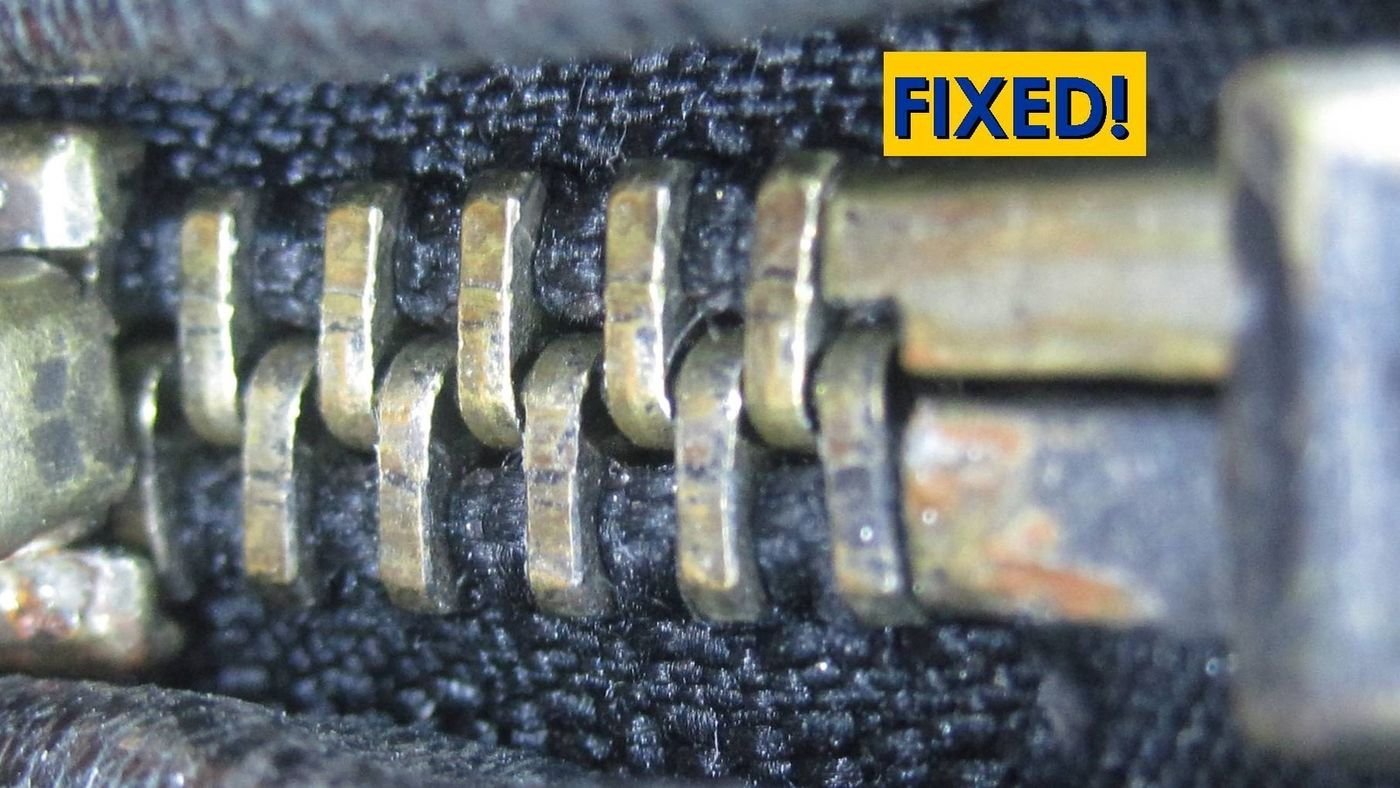 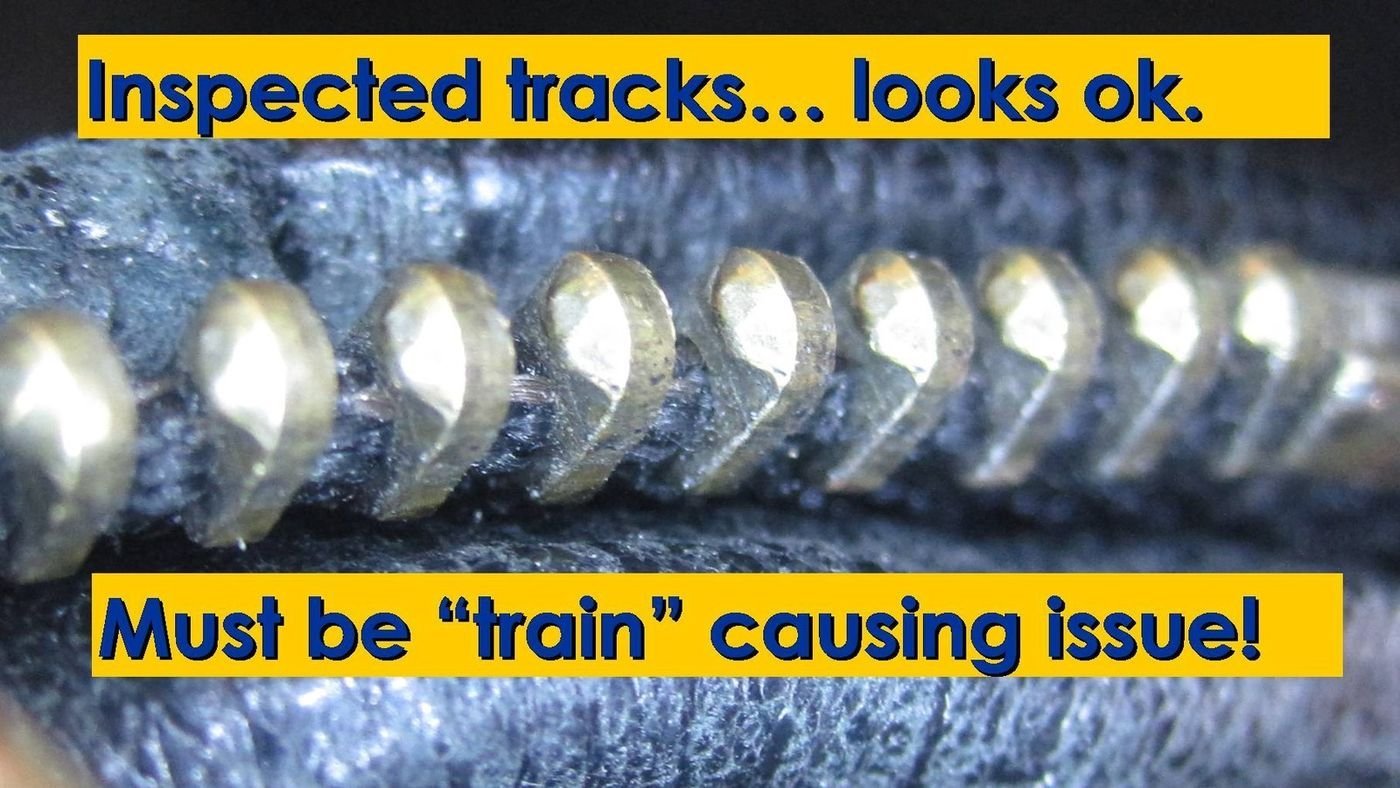 That's it! You've fixed your zipper!

If you looked at your zipper TRACKS and can't see anything wrong with them, then it is likely your TRAIN that is the problem, as seen in this instructable. Just squeeze them as shown and hopefully you will fix your zipper. This is a common problem because as you pull up and down on your zipper TRAIN it will tend to open up the "wings" on the sides and that loosens it up.

Hope this instructable has helped you. Please LIKE it and LIKE and WATCH the video if you enjoyed learning this trick. Thanks! 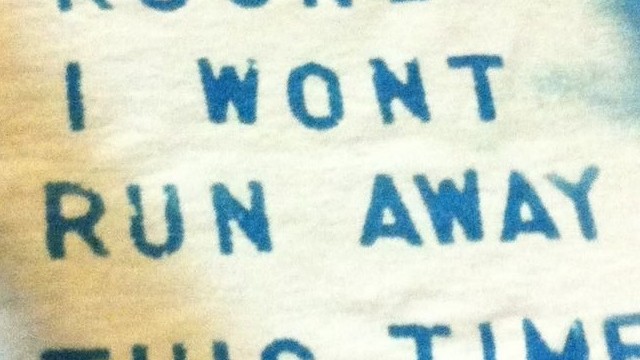 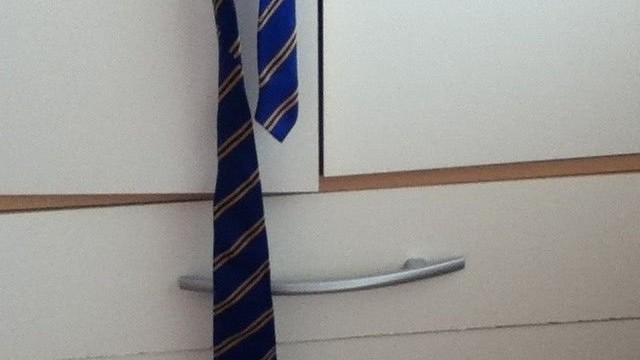 Fashion How to Tie a Tie
★ 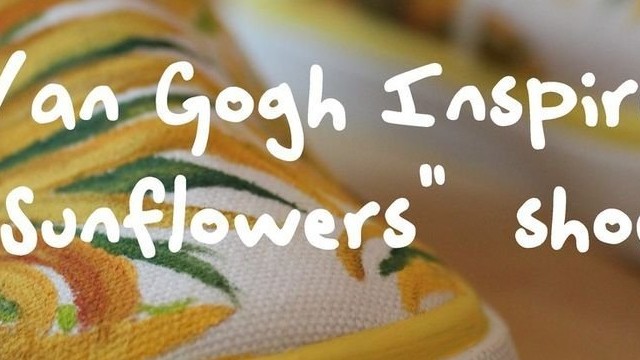 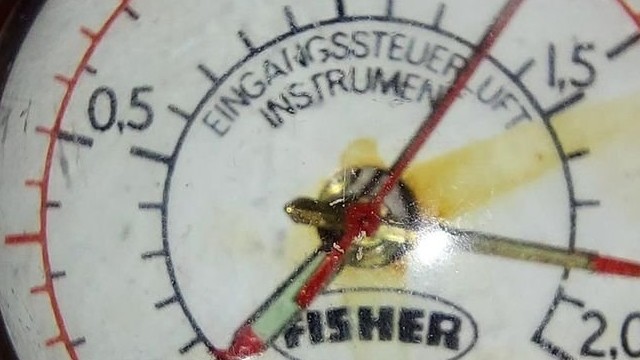 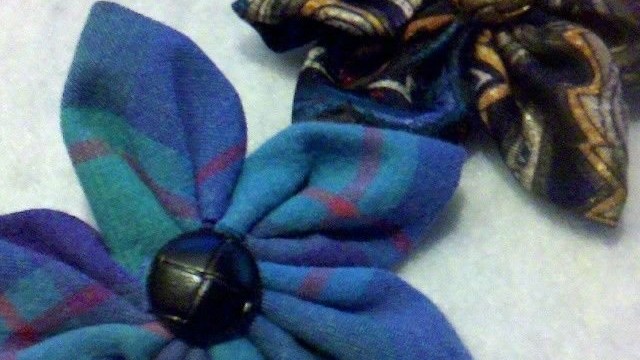 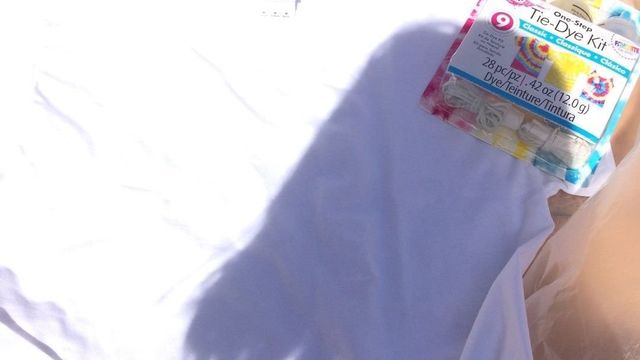 Fashion How to Tie a Tie
0