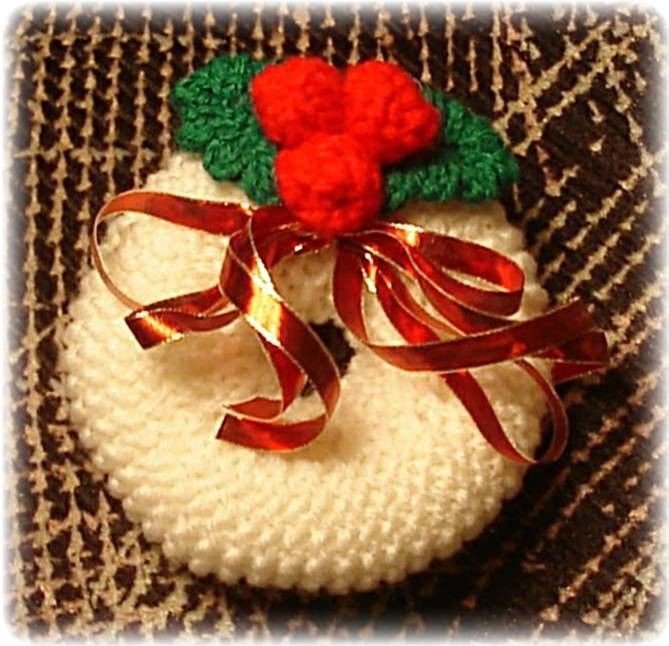 If you are like me you may have a "difficult" female relative (who shall be nameless) for whom you want to give a gift at this holiday season. You know, she is the one who says "I don't want anything — just a Christmas card!" In the past I have solved this problem by knitting her many scarves, but how many scarves can one woman wear! Therefore, I have decided to knit her this little Christmas pin, which can also be used as an ornament for her Christmas tree. It takes no time at all, and I've even made some for myself. 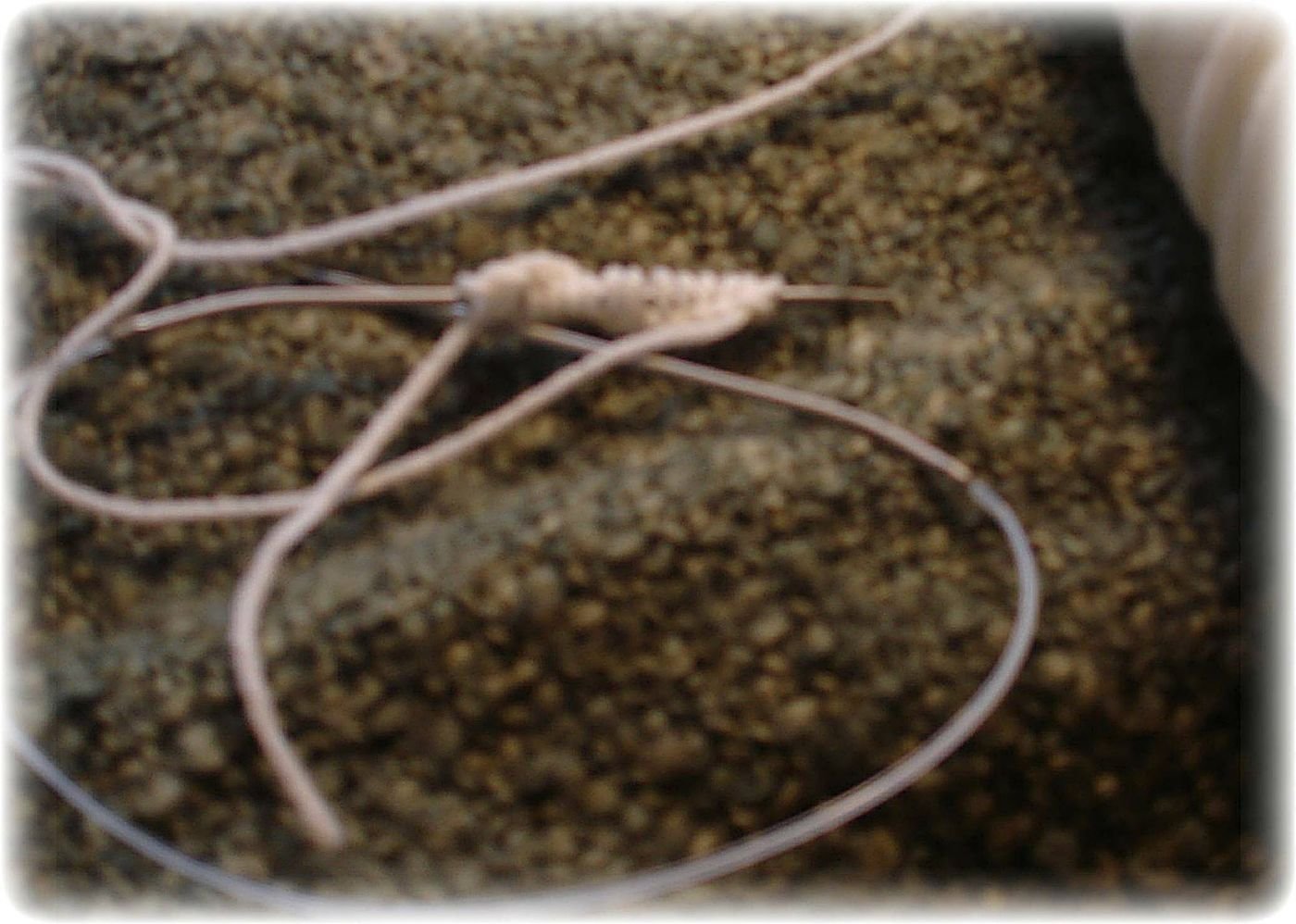 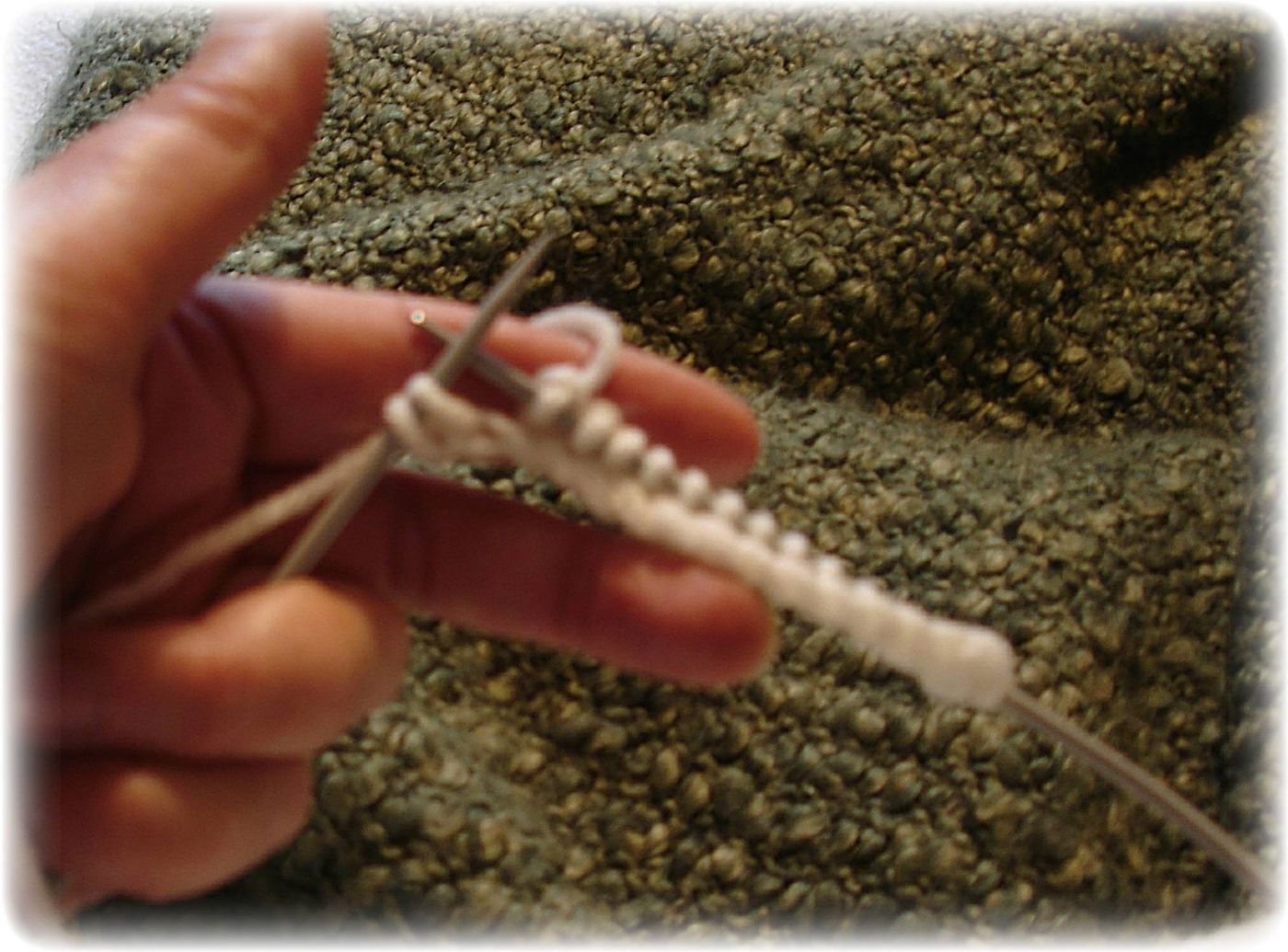 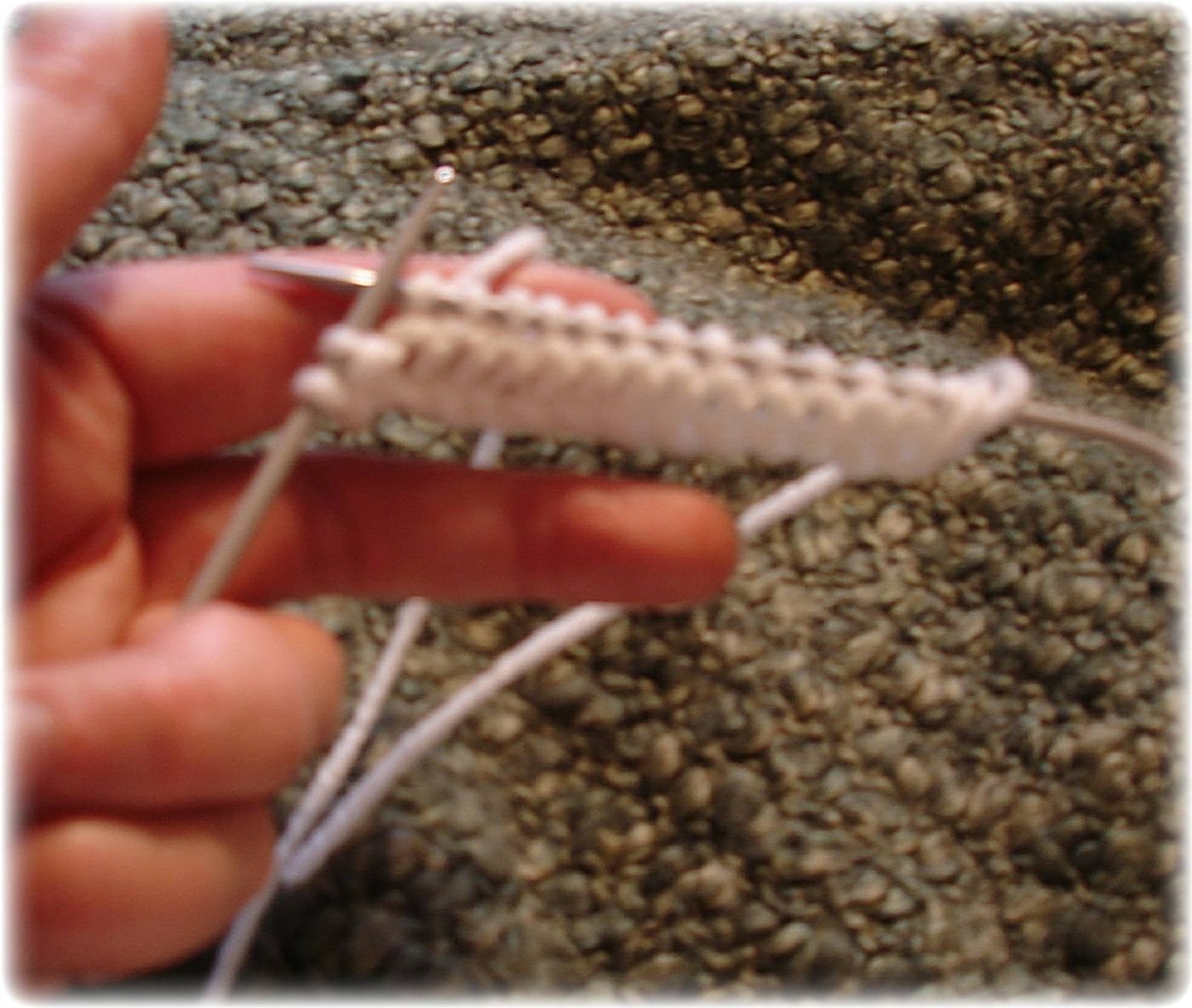 I have used up oddments of yarn from my stash in white, green and red, plus a small quantity of holiday ribbon, a safety pin, small amount of fiber fill hypoalergenic stuffing and a darning needle!

Cast on 18 stitches with white yarn on 2mm needles. I am using circular needles but a pair of straight needles is just as good. The little wreath/pin is knitted in garter stitch throughout.

Your Knitted Piece Will Curve Round From the Edges 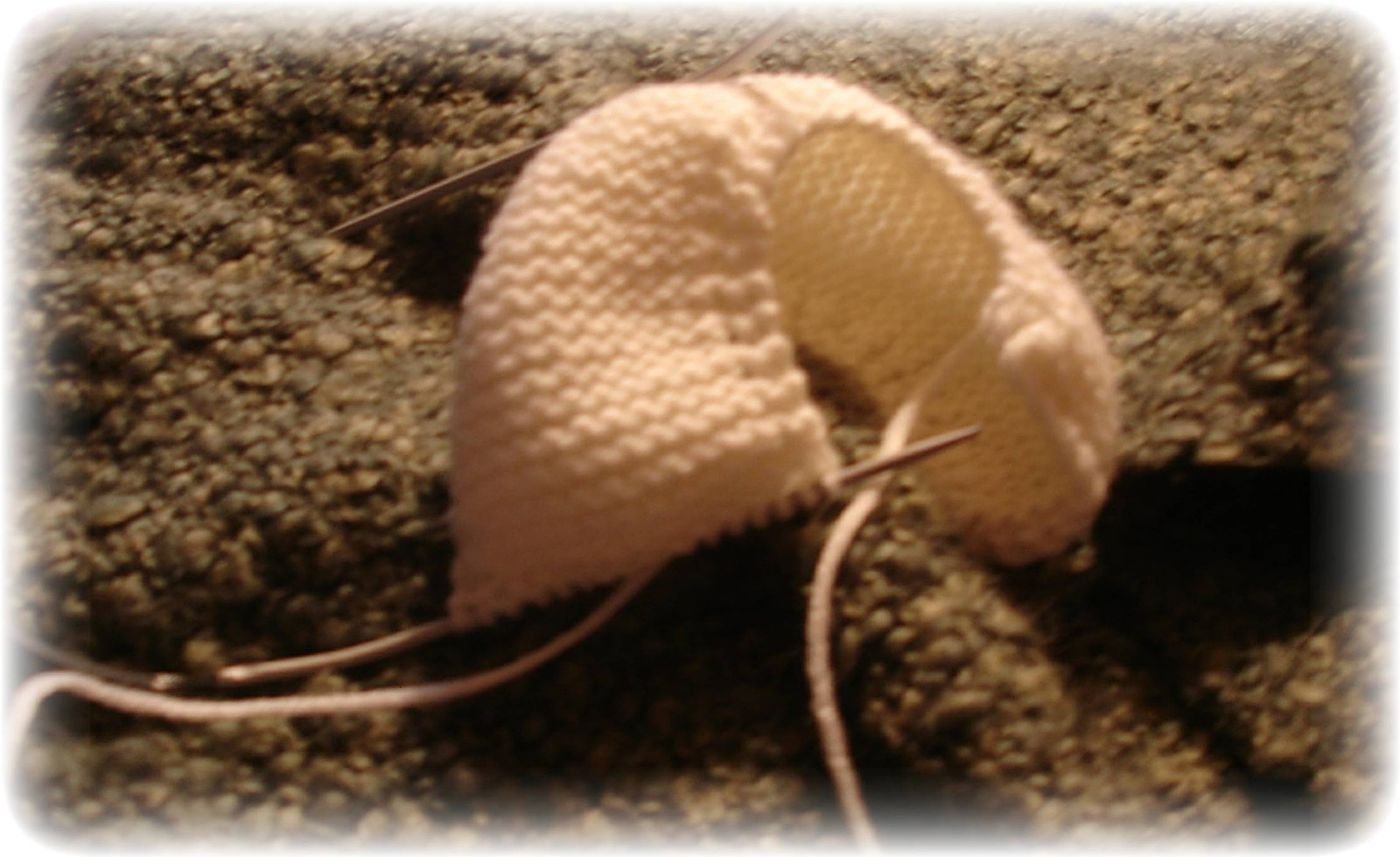 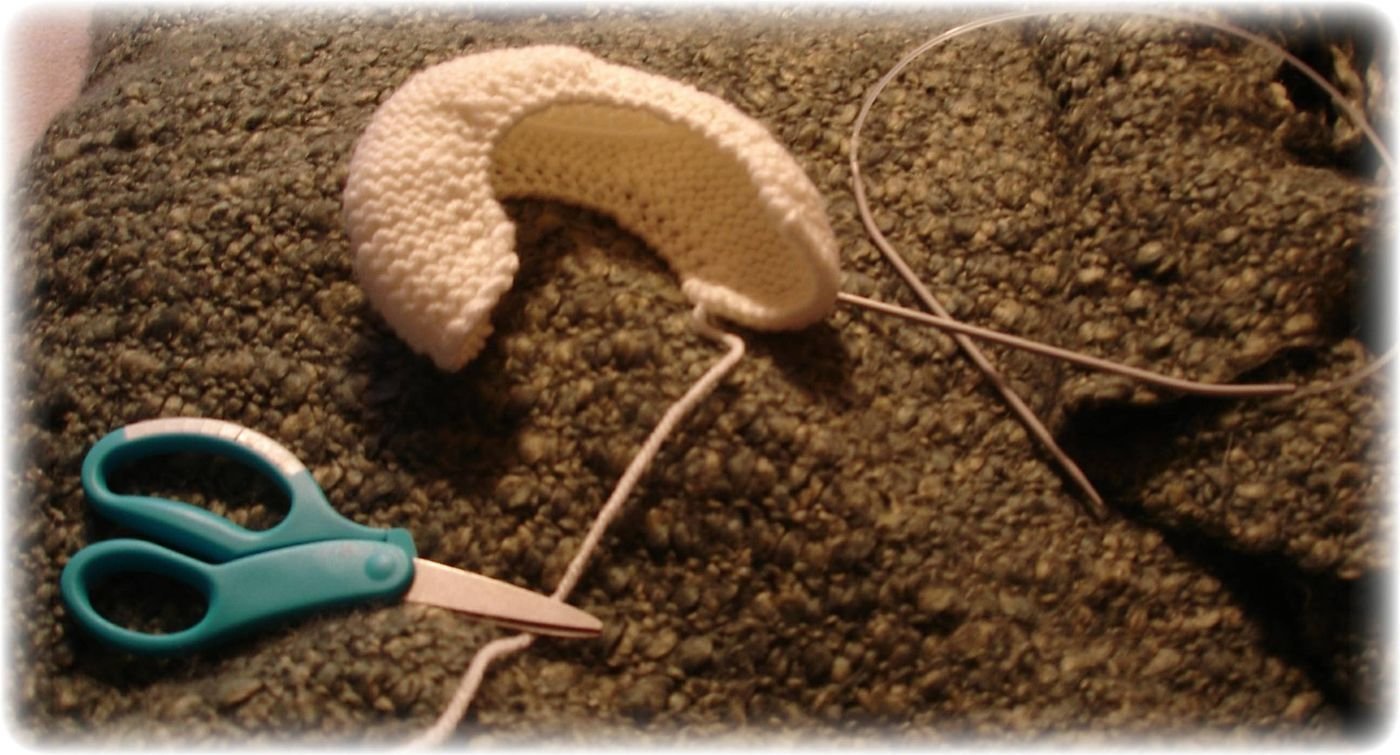 When you have knitted the 20 repeats of pattern, your knitted piece should look like the picture below. Cast off and leave a long thread for sewing up.

It curves in the middle as there are less stitches round the edges! 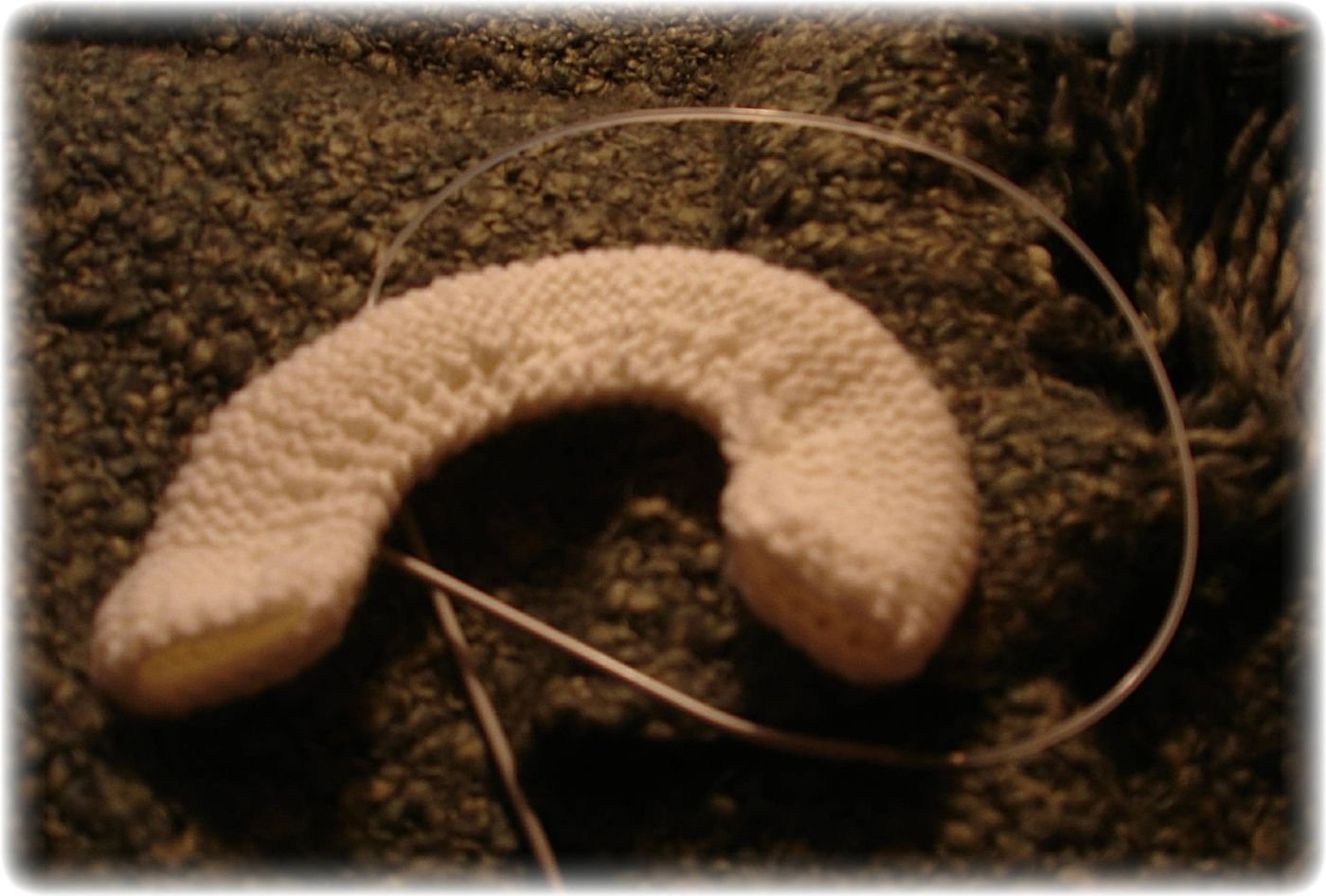 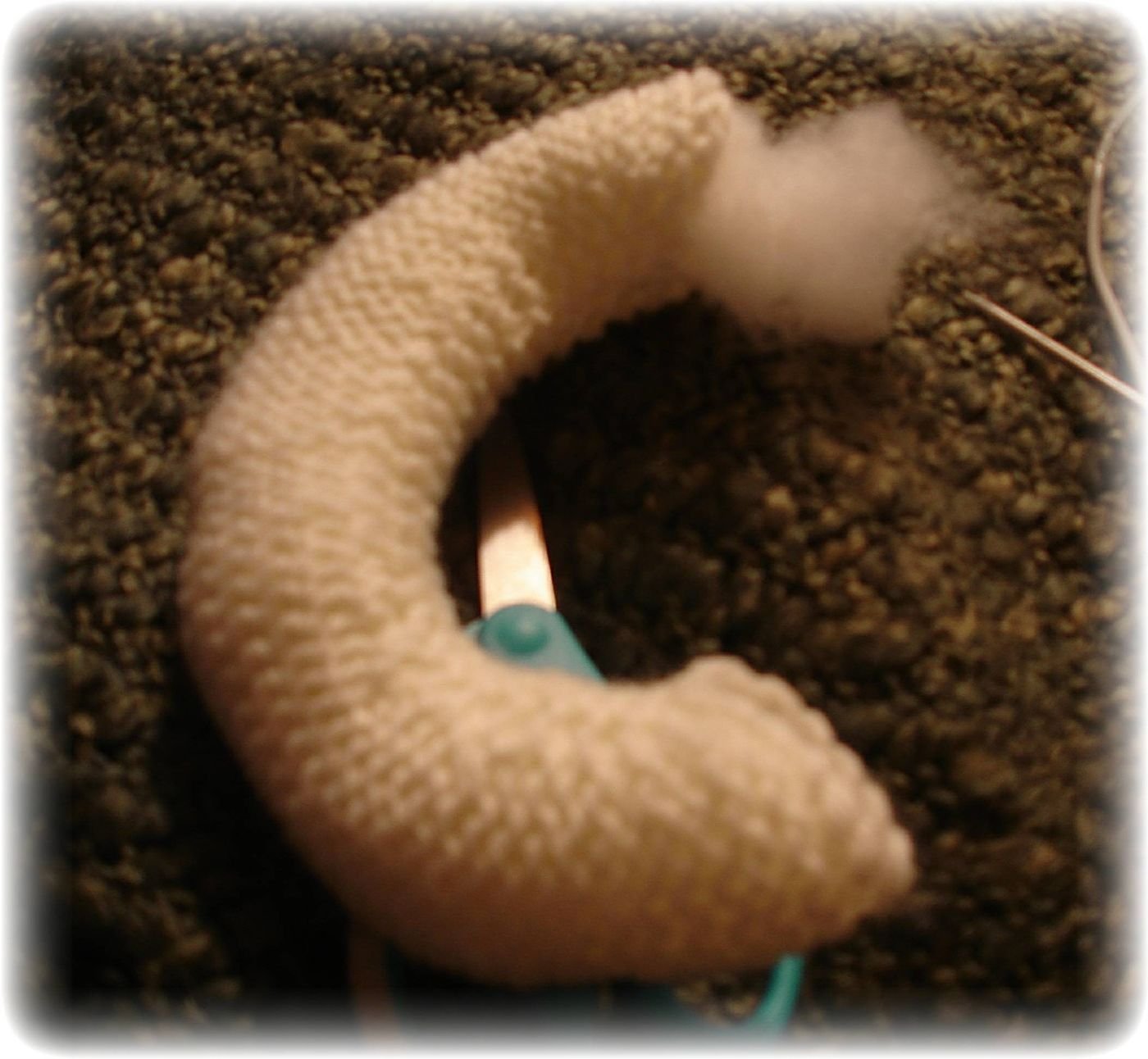 Bring the row ends together and sew neatly together, leaving the cast on and cast off ends open.

Turn the piece right side out and stuff lightly with fibrefill. It doesn't matter which side you use as your right side.

Behold the Donut! (or Rather Doughnut!) 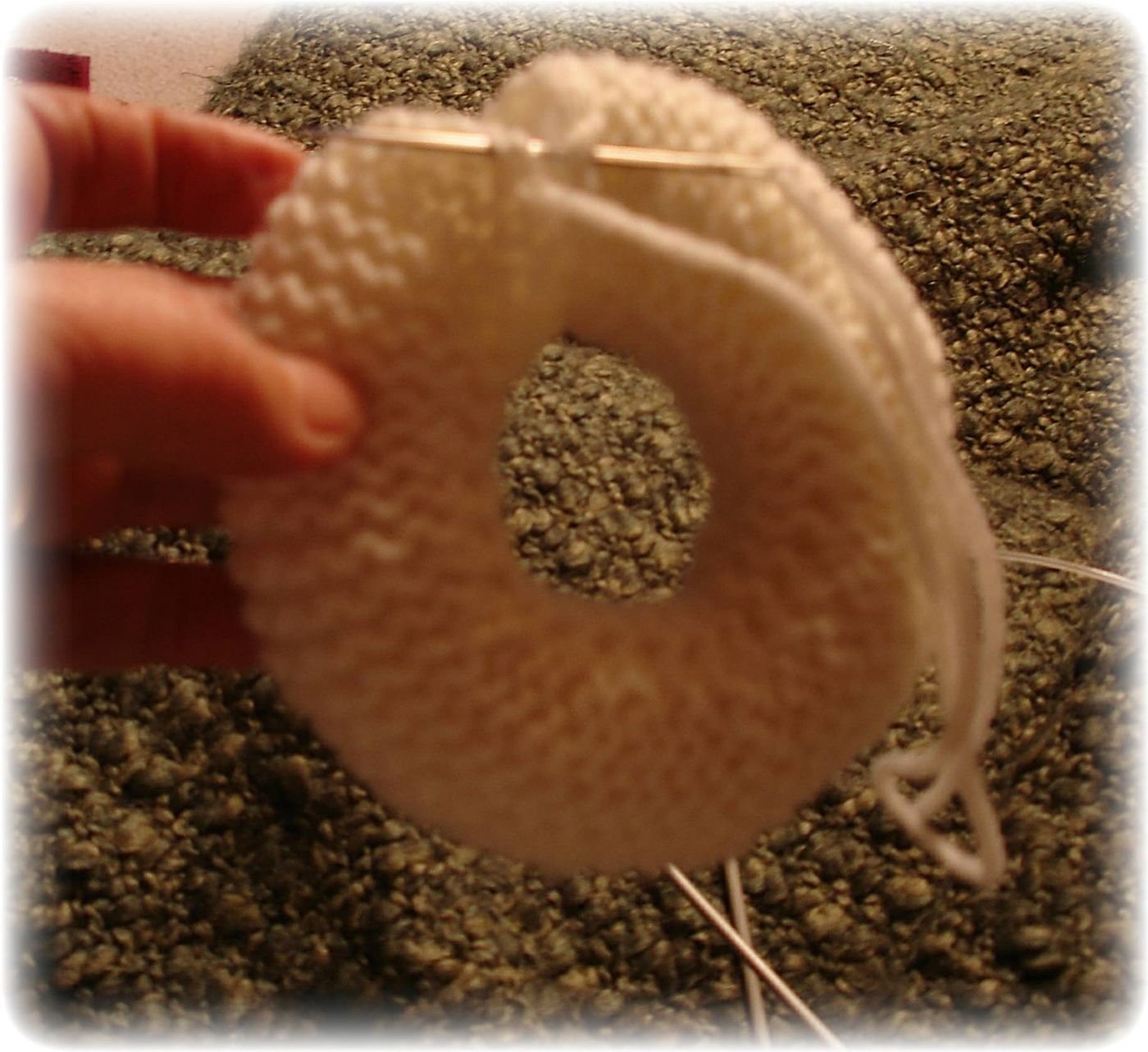 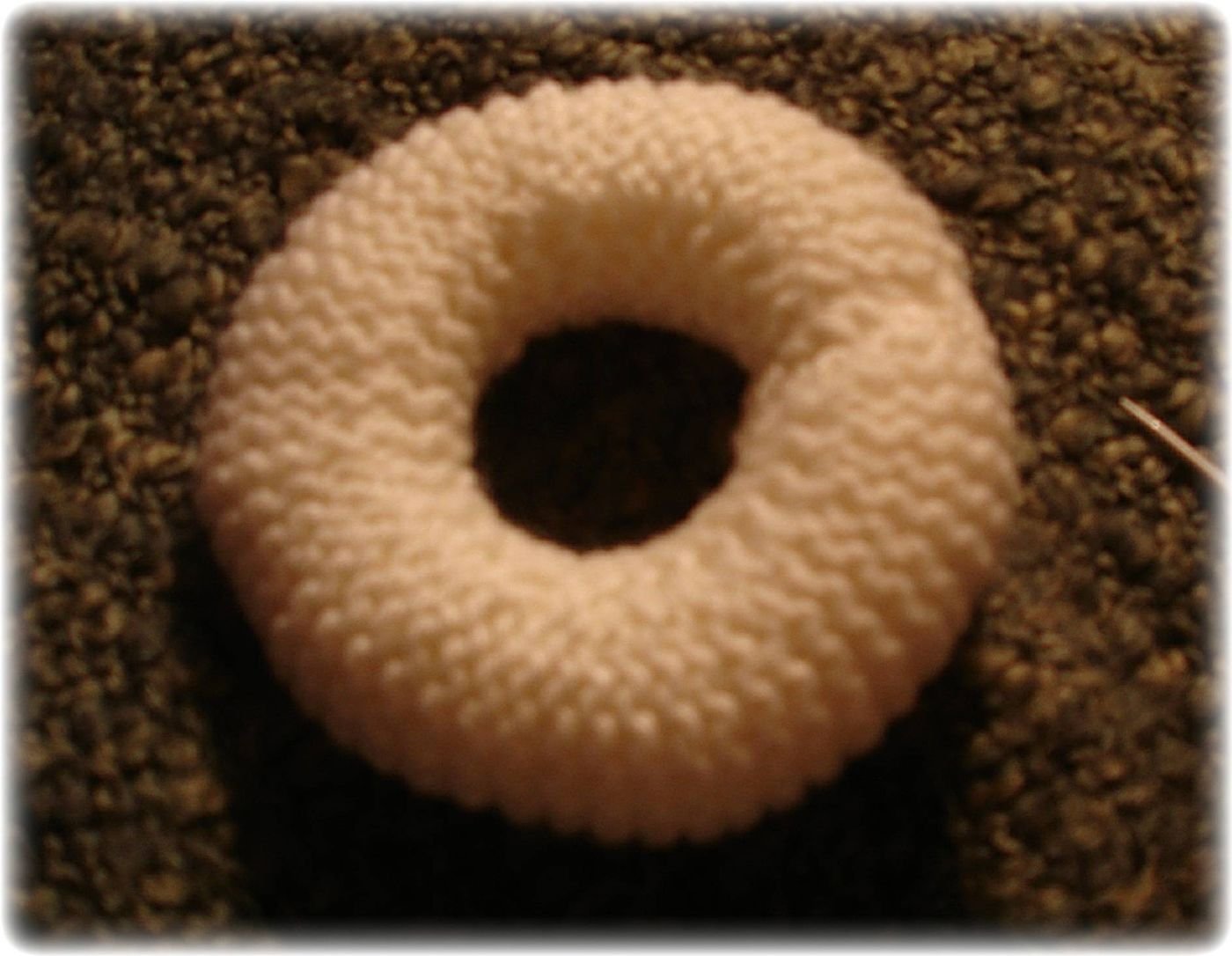 When you have sewed up the row ends and stuffed the tube, you can then bring the cast on and cast of edges together and sew them neatly together. This part will not show much as you are going to cover it with your added decorations. 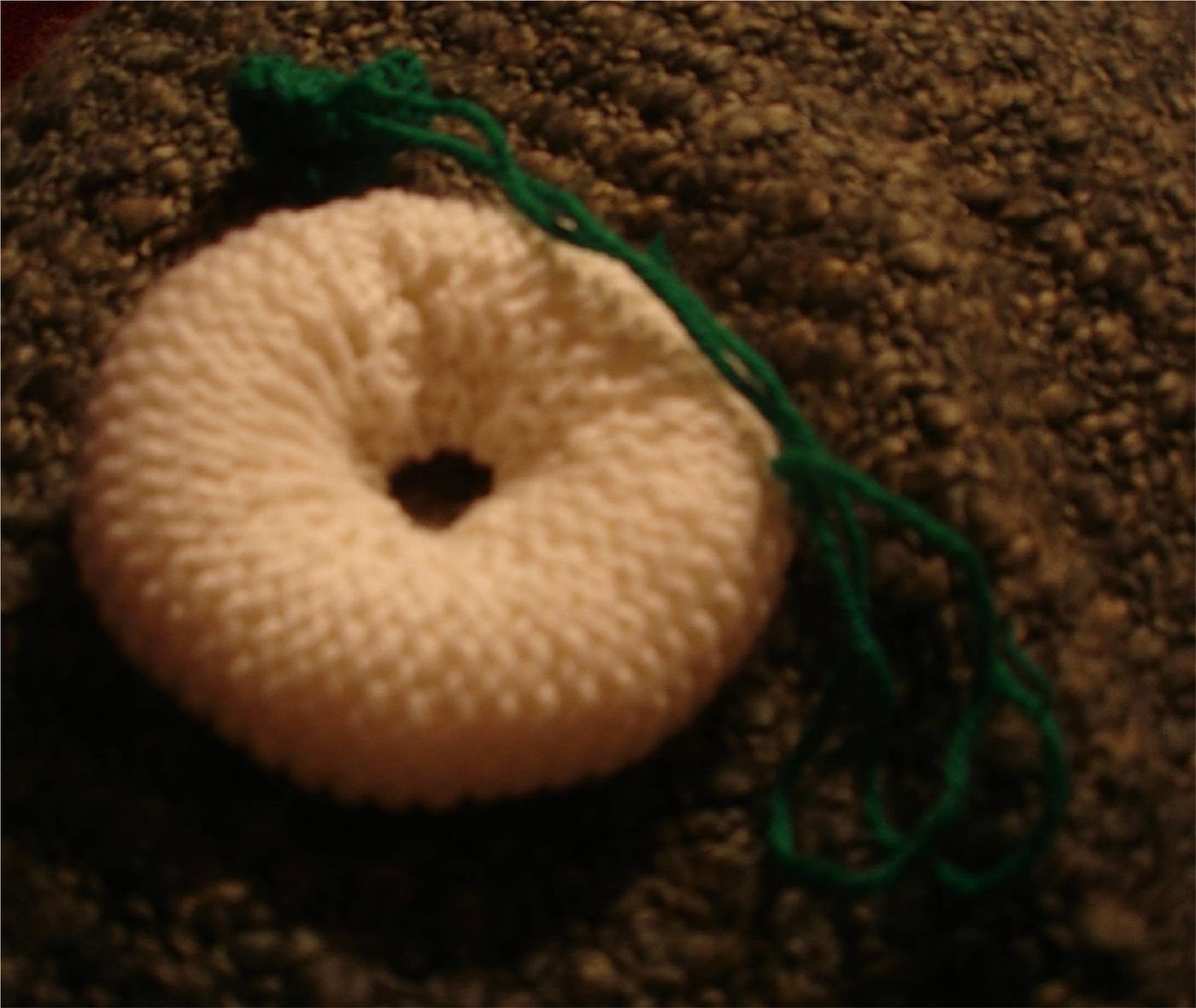 As the hole in the middle is a bit too big for my liking, I very neatly drew up it up with a piece of white yarn to make it smaller.

Now for Your Decorations 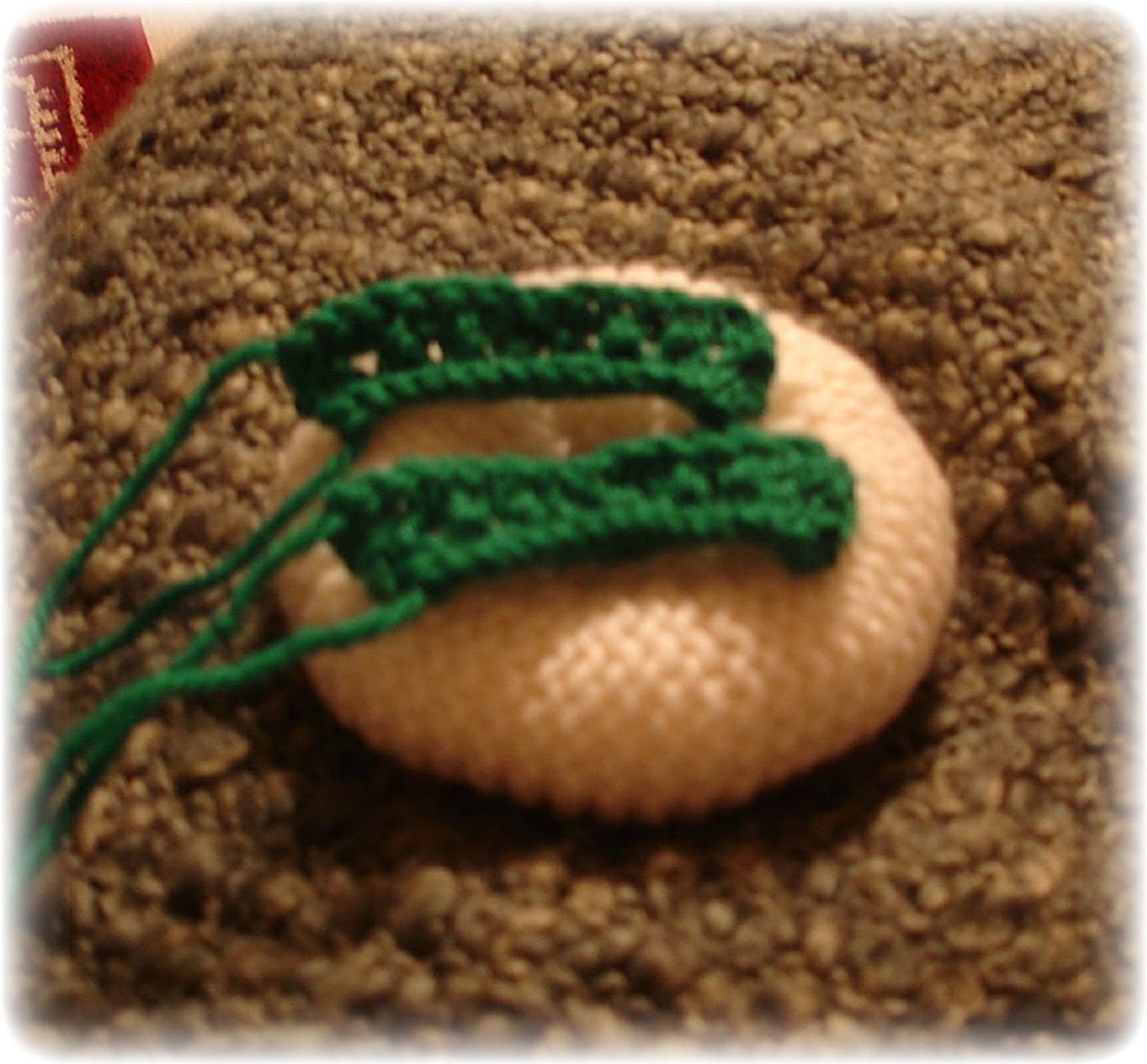 With green yarn I made two holly leaves as follows:

(make two or three if you wish) 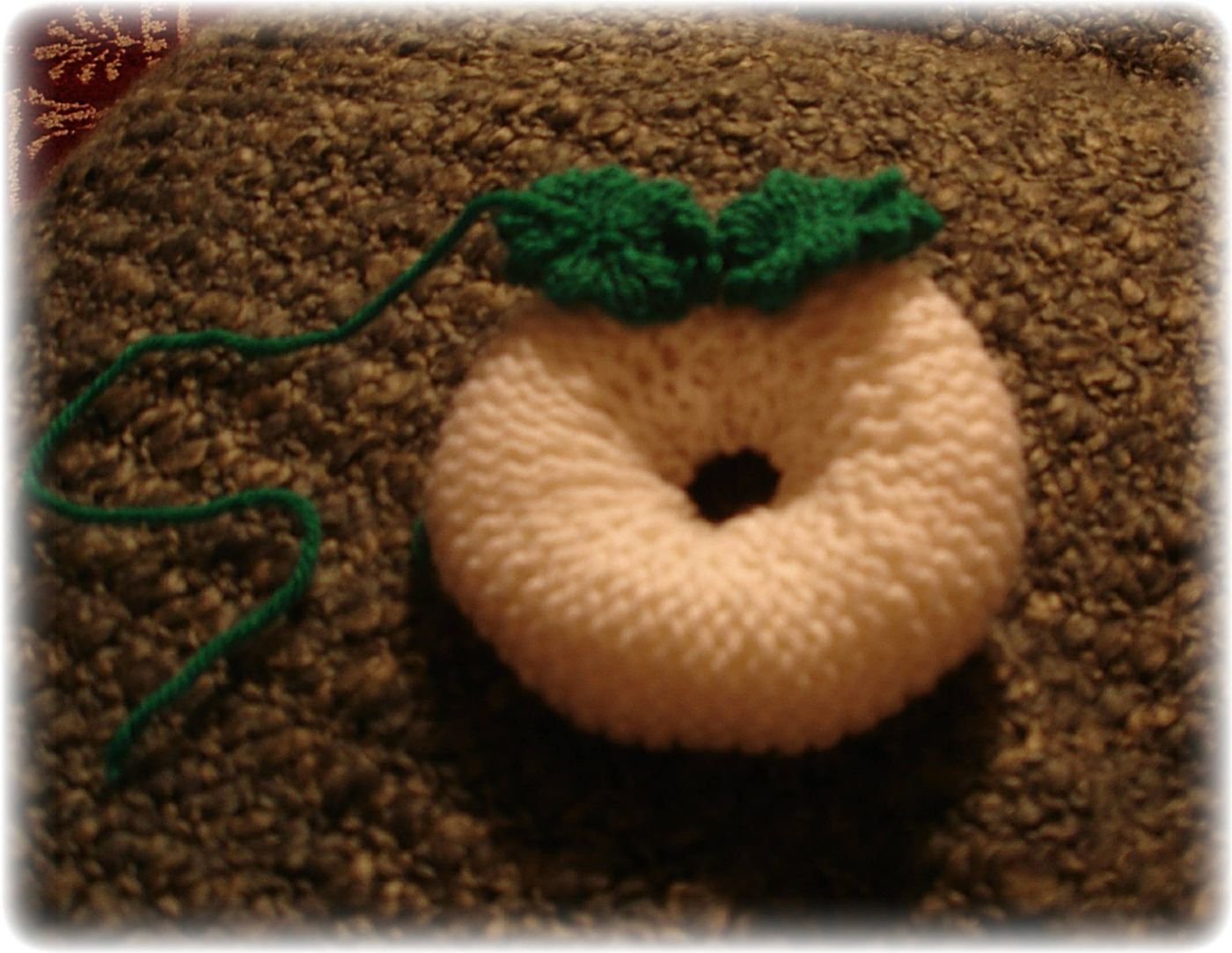 Fold leaf at "picot" edge with right side of stockinette stitch outside.

Oversew cast on and cast off edges tother.

Fold this edge in half and oversew across cast off stitches on underside of leaf.

Gather up the row ends tightly and fasten off

Sew your leaves on the wreath at the point of the seam as shown in the picture. 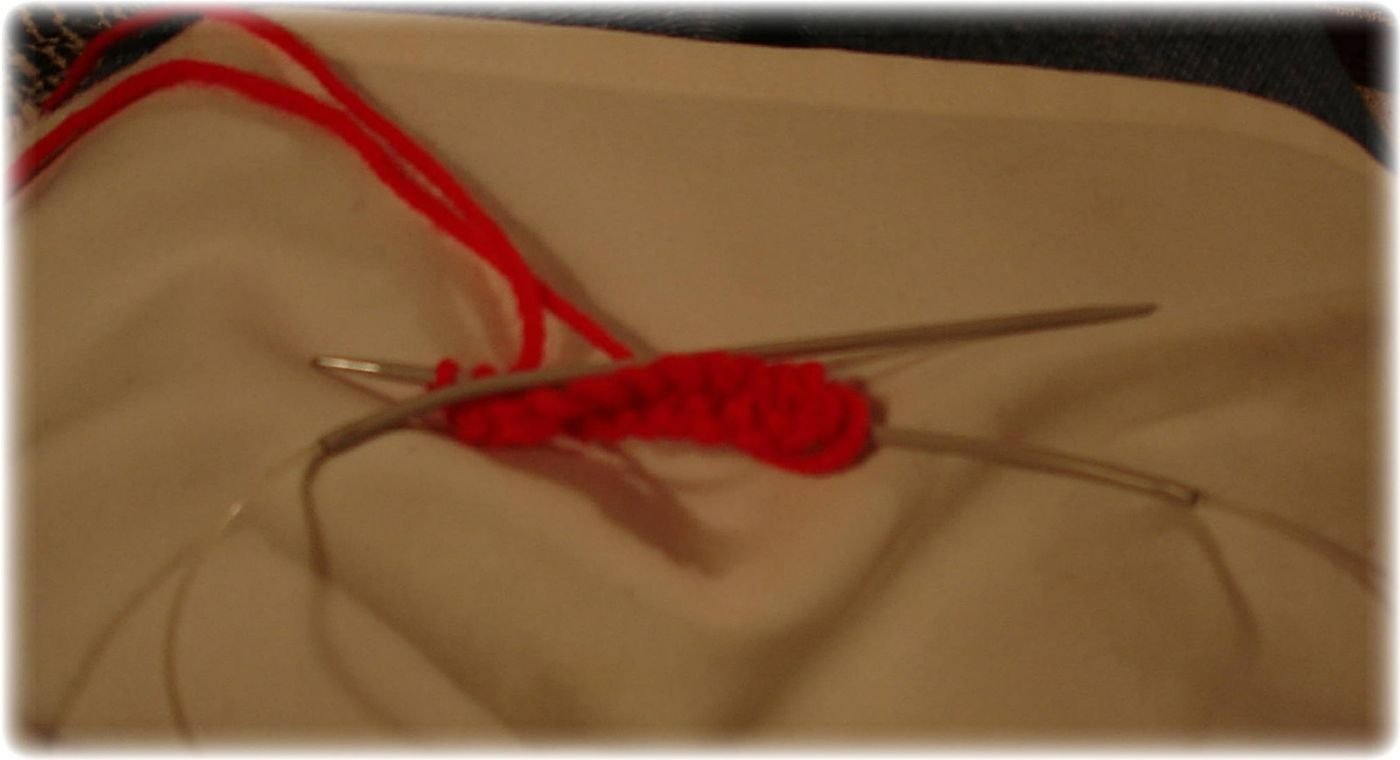 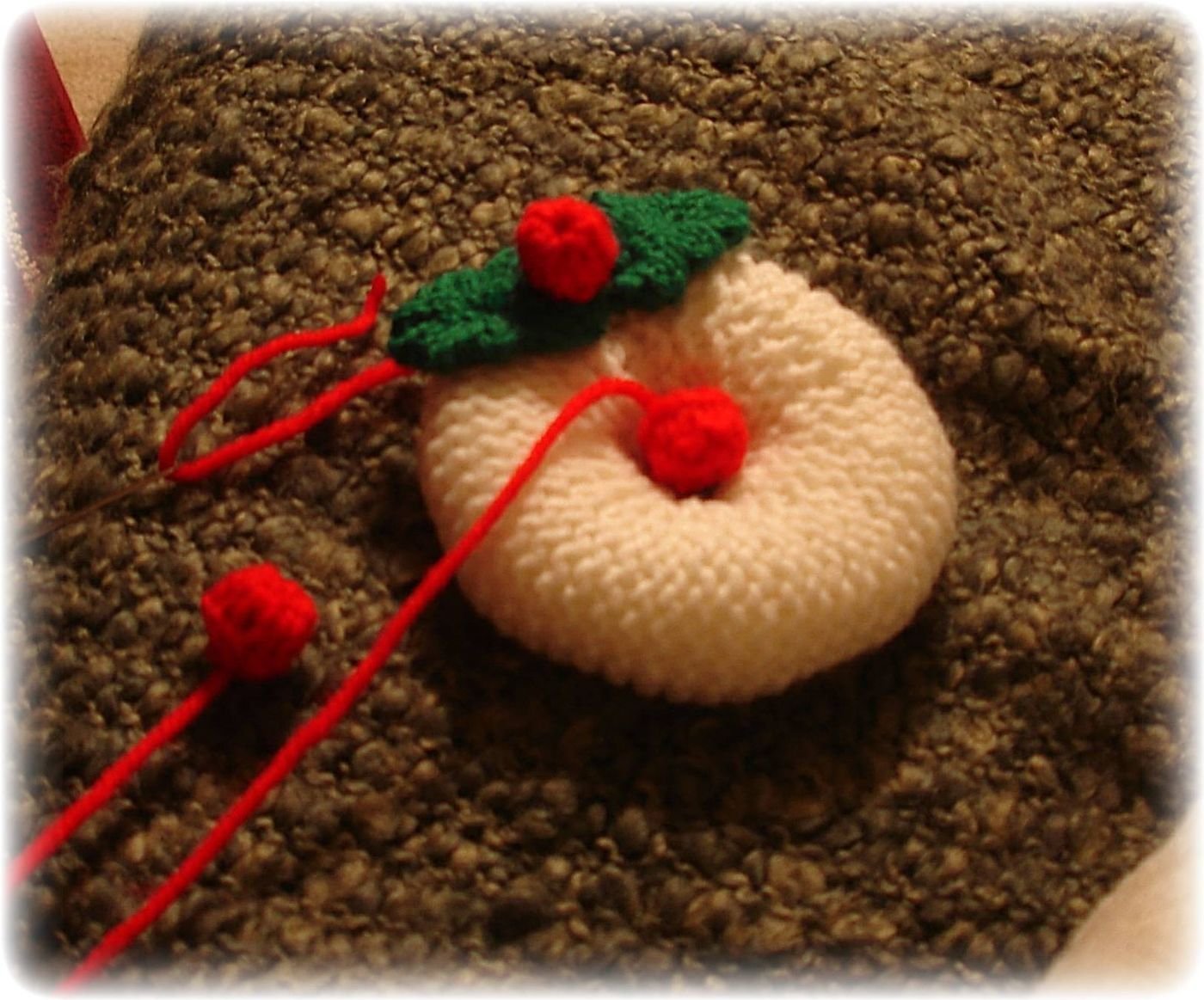 Roll up the strip as tightly as you can starting at one one set of row ends with stockinette stitch side being the right side and Oversew row ends in place. Gather round row ends and fasten off tightly. Do the same with the other side of the piece.. this will form a berry shape.

Make at least three berries for a nice effect.

Sew the berries in place 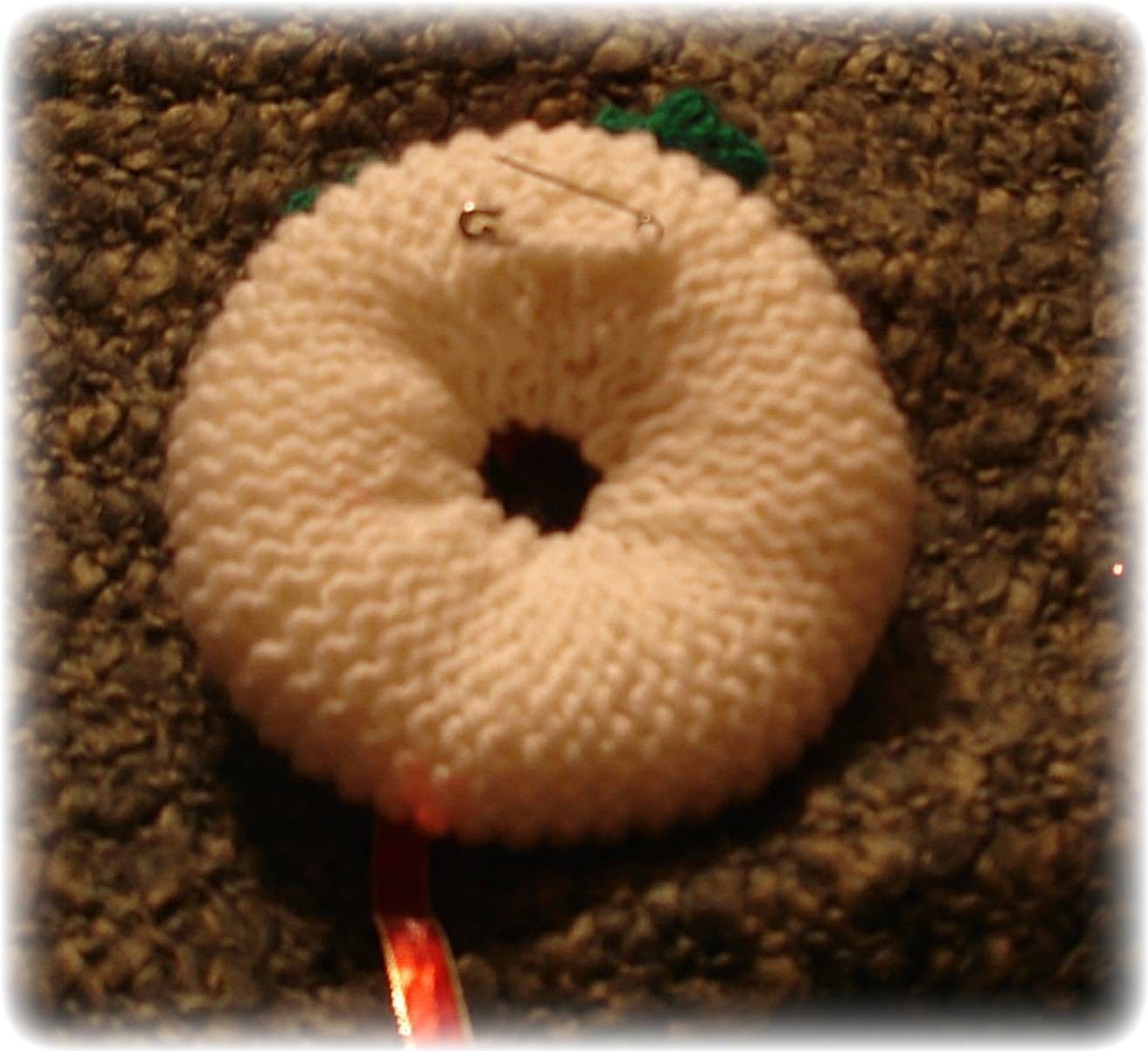 If Aunty of Granny is going to wear your gift as a pin, turn the donut over and sew on a small safety pin, as shown in the picture. You can also sew on a small loop of ribbon at the top and the wreath can double as a Christmas tree ornament when not being worn. 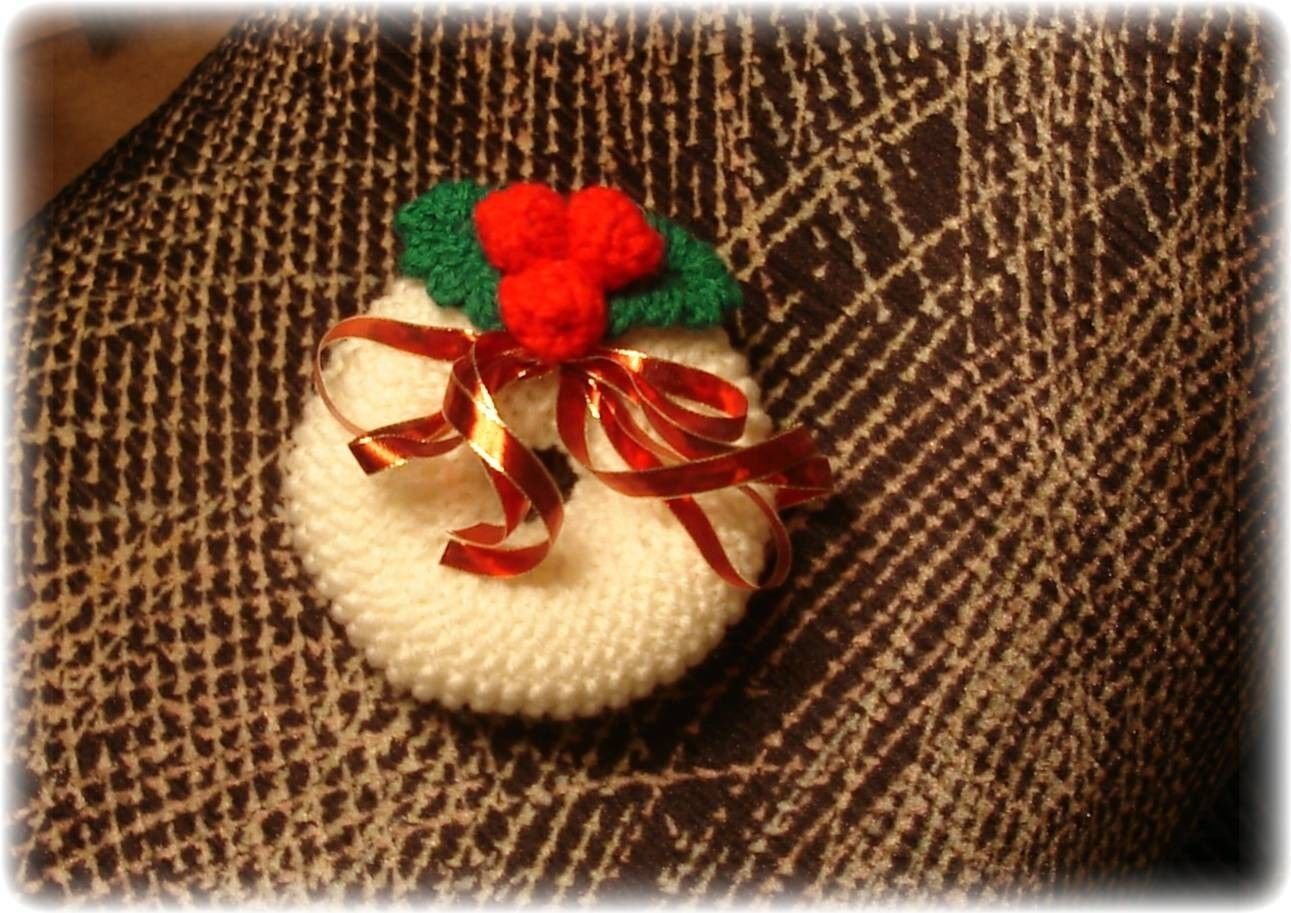 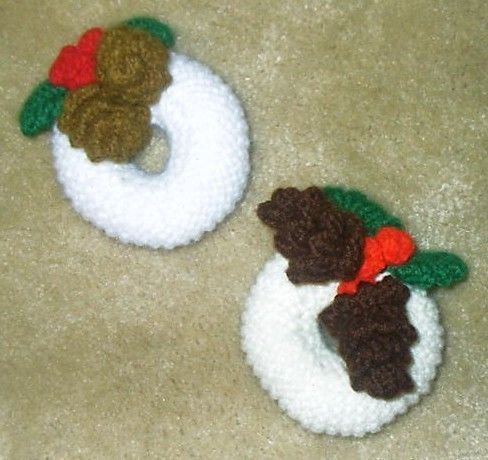 You can now add some holiday ribbon or maybe tiny baubles to finish decorating your ornament/gift. I am sure that special lady (who didn't want a gift) will be delighted and more to the point, glad you have not come up with yet another scarf! 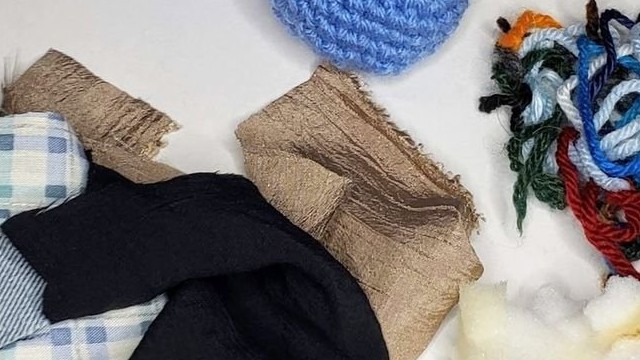 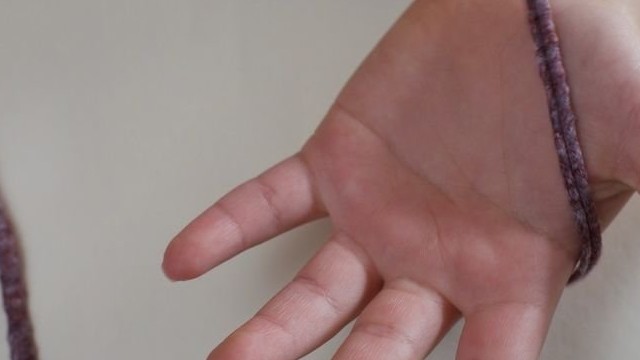 Knitting & Crochet How to Finger Knit a Infinity Scarf
★ 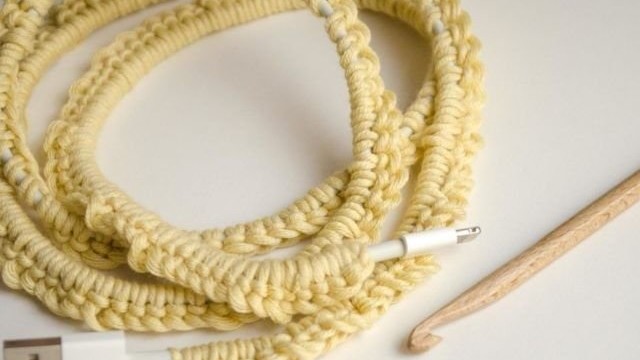 Knitting & Crochet What to Do With Cotton Scraps
★ 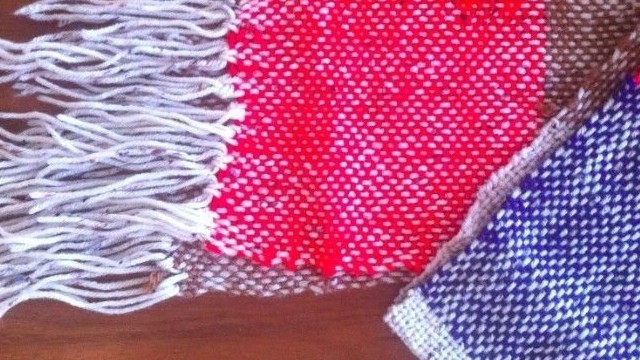 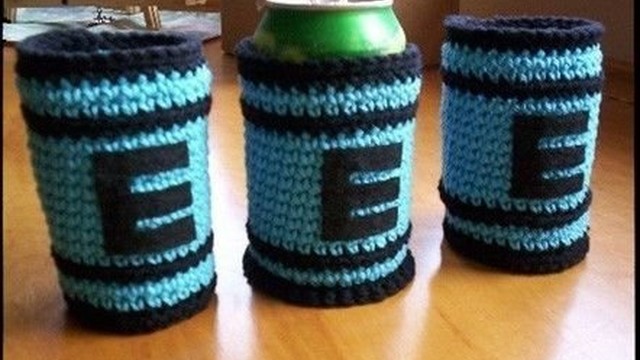 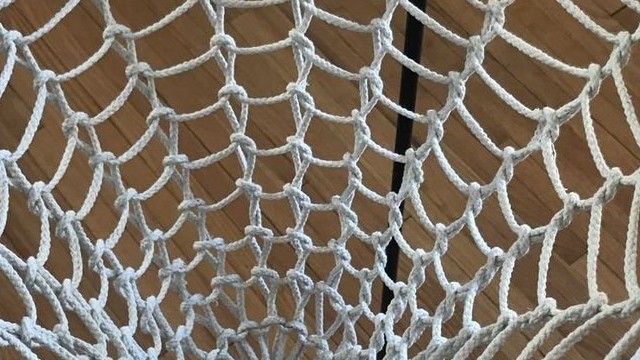 Knitting & Crochet How to Finger Knit a Infinity Scarf
0

Knitting & Crochet What to Do With Cotton Scraps
Advice